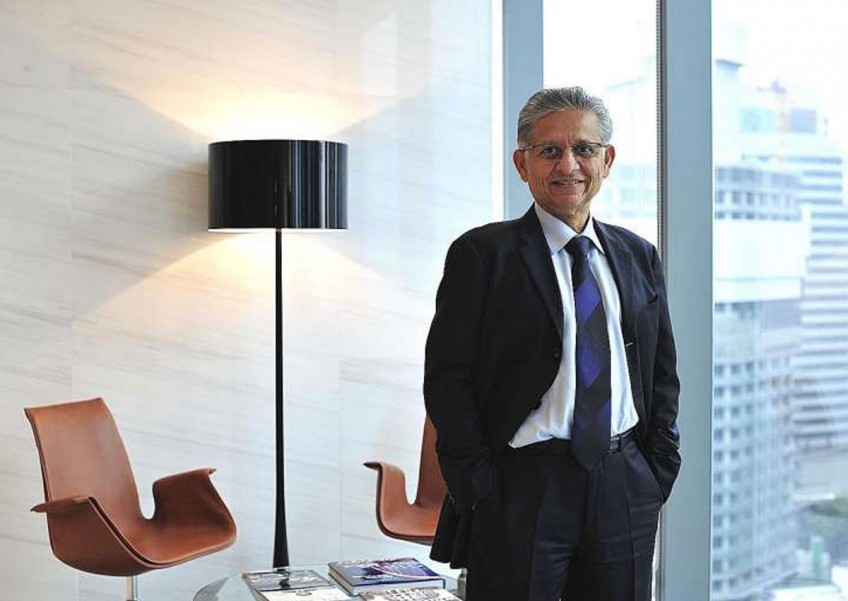 Mr Deepak Sharma lost his appeal in challenging a decision by a Law Society review committee to dismiss his complaint that opposing lawyers in disciplinary proceedings against his wife had inflated their fees.
The Straits Times

A retired banker has lost his appeal in challenging a decision by a Law Society review committee to dismiss his complaint that opposing lawyers in disciplinary proceedings against his wife, prominent surgeon Susan Lim, had inflated their fees.

Mr Deepak Sharma had based his complaint on, among other things, the fact that WongPartnership's claim for $1 million in legal costs against his wife was eventually driven down to $370,000.

The law firm had represented the Singapore Medical Council (SMC) in a long-running and high- profile case against Dr Lim for overcharging a Bruneian royal patient.

But in a written judgment last week, the Court of Appeal dismissed Mr Sharma's bid for judicial review of the committee's decision, ruling that the committee had not committed an error of law.

The apex court upheld the legal principle put forward by the committee - that, in the absence of proof that a lawyer has put up improper or fraudulent claims, a significant reduction by the court of costs would not, in and of itself, amount to professional misconduct.

Judge of Appeal Andrew Phang, delivering the decision of the three-judge court, noted that in the case of costs between lawyer and client, overcharging can, in and of itself, amount to misconduct.

However, the current case does not involve a lawyer billing his client, he said. Instead, it is a case involving party and party costs, in which the losing party is ordered to pay costs to the winning party.

The final amount is determined by the court, in a process known as taxation, after hearing from the winning side who puts up the bill as well as the objections of the losing side. "It is often, if not invariably, the case that a party's claim for party and party costs will be reduced by the court on taxation, for the reason (if nothing else) that taxation is an adversarial process and the quantum of costs to be allowed will typically be disputed by the opposing party," said Justice Phang.

The corollary, he said, is that an excessive claim for such costs would not, in and of itself, generally constitute professional misconduct by the lawyer concerned.

In the current case, Justice Phang said the committee had concluded that there were no improper or fraudulent claims.

Dr Lim had been ordered to pay the SMC's legal costs after she lost a court battle to block a disciplinary hearing against her. The hearing was over a $24 million bill for the patient in 2007. She was eventually suspended for three years and fined $10,000.

In 2013, WongPartnership put up three bills detailing the fees of Senior Counsel Alvin Yeo and Ms Melanie Ho, amounting to about $1 million. The fees were brought down to $340,000 by an assistant registrar, and finally adjusted to $370,000 by High Court judge Woo Bih Li.

In 2014, Mr Sharma, who had funded Dr Lim's legal expenses, complained to the Law Society against Mr Yeo and Ms Ho for "gross overcharging".

A two-member review committee dismissed his complaints, except for one against Ms Ho. Dissatisfied, he asked the High Court to quash the decision and order a fresh review of his complaints.

His lawyer, Mr Abraham Vergis, argued that, given the significant reduction of costs by the court, the committee should have referred the case for an inquiry.

Mr Sharma's bid for judicial review was dismissed by Justice Woo, who said the committee had not made errors of law and was entitled to dismiss his complaints.

He appealed. But the Law Society and the Attorney-General's Chambers argued that Justice Woo's findings should be upheld.