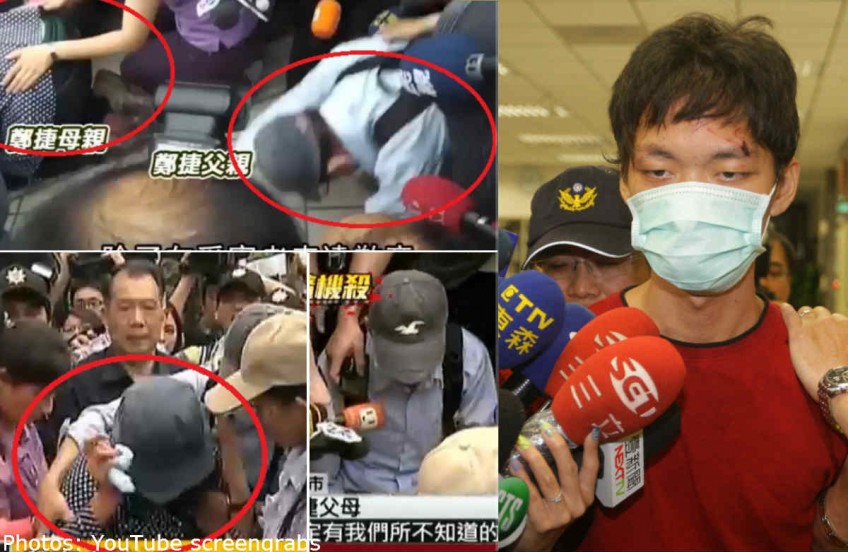 TAIPEI - Taiwanese prosecutors on Monday said they were seeking the death penalty for a man accused of killing four people and wounding nearly two dozen others in a stabbing spree on the Taipei subway that shocked the island.

Cheng Chieh, a 21-year-old college student, was charged with four accounts of murder and 22 accounts of attempted murder for the fatal attack on May 21, the first of its kind on the city's subway system since it began operating in 1996.

"The accused's actions fit the definition of mass murders, his means were ruthless and inhuman, and caused irreparable harm to the victims and their families. We demand the court sentence him to death," prosecutors said in a statement.

The incident shocked Taiwan, otherwise proud of its low levels of violent crime, and resulted in several minor injuries as edgy commuters fled trains over false alarms in the following week.

Cheng's parents had asked for him to be sentenced to death to help ease the pain inflicted on the victims and their families, calling their son's actions "unforgivable".

Executions are carried out in Taiwan by a single shot to the heart from the back - or, if the prisoner agrees to donate his organs, a bullet to the back of the head.

Prosecutors said psychological evaluations have shown that Cheng was not in a state of mental disorder when he committed the crime, and that he is fit to stand trial.

They described him as "anti-society, narcissistic, immature and pessimistic".

In elementary school, he vowed to "kill people in revenge" after having trouble with classmates, they said.

Local media said he had been obsessed with online killing games and had written horror stories since high school.

Cheng's parents spoke to reporters on May 27 at the subway station outside Taipei where the killings took place.

"Although he is our child, the crime he committed is unforgivable," Cheng's sobbing father said.

"I think he should be sentenced to death... he should face it himself. Only by so doing may the pains inflicted on the victims and the wounded and their families be slightly eased." He urged judges to pass sentence on his son as soon as possible. "We hope Cheng Chieh can act in a correct manner during his next life," he added.

Security has been strengthened on the metro, which transports around 1.85 million people a day.

The Taipei Rapid Transit Corporation is seeking a compensation of Tw$20.61 million (S$853,000) from Cheng for operational losses after it lost around 945,000 passengers in the 10 days following the attack.

[[nid:110243]]
SUBSCRIBE TO OUR NEWSLETTER
Your daily good stuff - AsiaOne stories delivered straight to your inbox