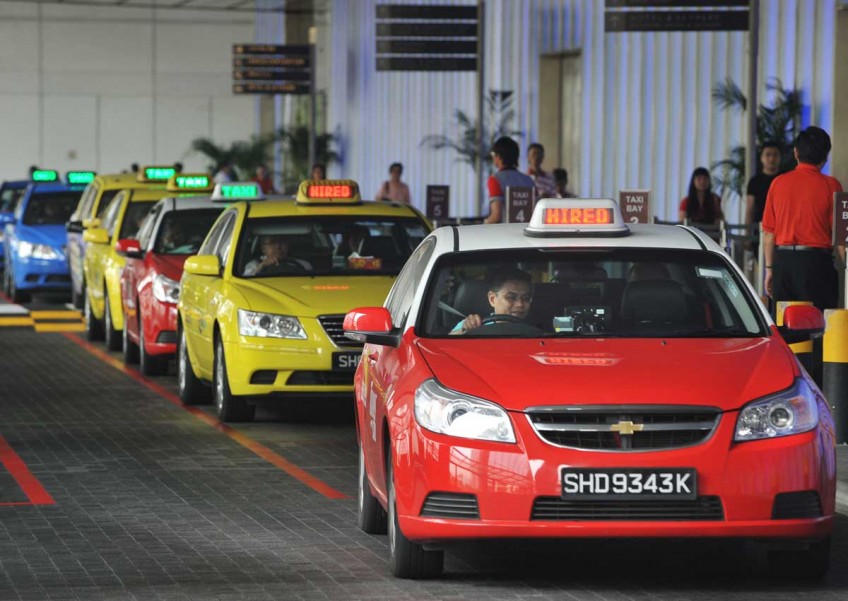 On a wet Friday evening recently, I booked a Comfort taxi for the first time in a while.

My two mainstays, UberX and GrabCar, told me that it cost $35 to $38 to get from Toa Payoh to Bedok.

It took me a couple of tries to snag a cab on ComfortDelGro's app. Cost of ride, including evening surcharge: $18.

"See, girl. Taxi cheaper," the driver told me smugly, after I compared the fare to Grab and Uber's surge fares.

It is an anecdote I have brought up several times since JustGrab was announced.

I love fixed-fare rides. Metered fares used to make me anxious, especially if drivers insisted on taking longer routes, or there was a jam (and when is there ever not?) on the CTE.

That, and Grab and Uber's easy e-payment option and an almost endless string of promo codes have kept me on the ride-hailing apps for months.

But no promo code would have halved that $38 flat-fare quote.

Read also: Make it fare for all in new taxi-ride pricing system

I don't have any real loyalty to Grab or Uber. I go for whatever is cheaper, and these days, the "cheaper" flat-fare options do not seem to be all that cheap.

Recently, Grab or Uber seem to be always telling me that "increased demand" is making fares "slightly higher", even during traditionally off-peak times.

Will taxi companies really benefit from going down the path of fixed-fare dynamic pricing?

It may be a moot point for the five taxi companies which are already on the JustGrab platform.

If the companies are looking at this as a way to cheaply get on to an efficient, popular booking platform - so that they don't need to invest in the time and the tech needed to make their own - good for them.

So I will reserve my plea for the sole holdout, ComfortDelGro: Please don't introduce dynamic pricing. Ever.

I know it is a long shot. The company is due to roll out flat flares, "similar to (its) taxi metered fares" for rides booked through its mobile apps, but has chosen not to introduce dynamic pricing "for now".

But let's get real. Flat fares are really profitable only if they are subject to demand and supply - which are dynamic.

So I would not be surprised if ComfortDelGro already has a timeline for its dynamic pricing roll-out.

But it has reasons not to, and if it does not, it may still come out on the winning side.

The owner of the largest taxi fleet here, ComfortDelGro has quite an efficient booking system, made better with an app it has improved over the years.

The app even offers payment by Masterpass, which means no more haggling with the taxi driver over whether a NETS/credit card machine is really "spoiled".

And then there are the cabbies and their superior navigation skills. There is usually very little fuss when it comes to booking a Comfort or CityCab and the driver knows where to pick you up.

But with UberX or GrabCar drivers, it is like a lottery.

I have lost count of how many times I have watched little animated cars make confounding loops in the apps as the Uber or Grab drivers get lost as they try to find my pick-up point.

JustGrab promises that rides should reach users in an average time of four minutes.

Trying out the service this week, the bookings were pretty fast, but no algorithm can make up for a private-hire driver who doesn't know the roads and refuses to use GPS (or GPS apps which also offer confounding routes). One JustGrab driver, who was supposed to reach me in three minutes, ended up taking a seven-minute detour around Toa Payoh North.

While Grab and Uber are great options for gig-seekers, the quality of the drivers is mixed.

They don't go through the same training that taxi drivers do, which could explain the over-reliance on GPS, and a worrying accident rate - 20 to 25 per cent of private-hire cars have been involved in accidents, according to insurers quoted by The Straits Times.

The introduction of the Private Hire Car Driver's Vocational Licence should mitigate some of this.

But there is still the question of loyalty, or lack thereof, among drivers.

I have not met many drivers who have been with either Uber or Grab for more than six months. There are various reasons for this - it is, after all, meant to be a gig - but I cannot help but compare them with the career cabbies who are more reliable, even if they may be grumpy.

Once upon a time, these cabbies got too comfortable - ha! - and were kings on the roads, subjecting would-be passengers to their mercy, whether it was their availability (hiding just before peak periods) or quibbling over something as small as payment via NETS or credit card.

But with all this competition, taxi rides have become generally fuss-free, and I often see cabs queueing at taxi stands in Orchard Road between 11pm and midnight.

So do taxi companies really need to go down the "if you can't beat 'em, join 'em" route?

They can, and should, take advantage of the lack of transparency over dynamic pricing to sell themselves on their other strengths.

This article was first published on Apr 03, 2017.
Get The New Paper for more stories.