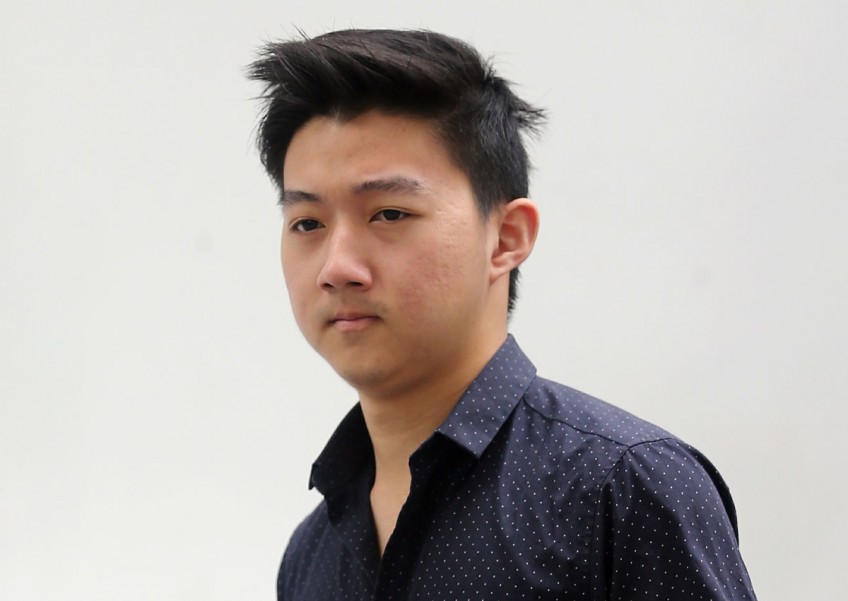 Herman Shi Ximu (pictured) pleaded guilty in court to causing grievous hurt to contractor Teong Hien Sing, 66, by performing the rash act at a surface carpark along Stadium Walk in Kallang at around 5.45pm on Aug 27, last year.
The Straits Times

The 18-year-old who was caught on video driving his Nissan GT-R at over 100kmh at a carpark along Stadium Walk in Kallang on Aug 27 last year pleaded guilty to causing grievous hurt to another driver.

Full-time national serviceman Herman Shi Ximu, now 19, admitted in court yesterday (Oct 4) that he was the one behind the wheel of his Nissan GT-R.

He had caused the 66-year-old driver of a Toyota Corolla, contractor Teong Hien Sing, to suffer two broken ribs.

Stomp reported on the incident last year when a Stomp contributor shared a video of the Nissan GT-R racing through the carpark and crashing into the driver's side of an oncoming car.

The police arrested Herman on Aug 29 and Traffic Police impounded the supercar.

According to The Straits Times, Deputy Public Prosecutor Soh Weiqi said: "At the second non-signalised junction within the carpark, the accused failed to stop at the stop line and he did not give way to the victim, who was travelling from his left to right."

She added that Mr Teong was then driving his Toyota Corolla and had the right of way when the teenager's car hit his vehicle.

A report by a Health Sciences Authority forensic scientist indicated that Herman was driving at a speed of between 104kmh and 121kmh at that time.

Herman admitted he made a mistake and said that he thought the carpark was empty.

For causing grievous hurt by performing a rash act, he can be jailed for up to four years and fined up to $10,000.

Read the full story at The Straits Times.