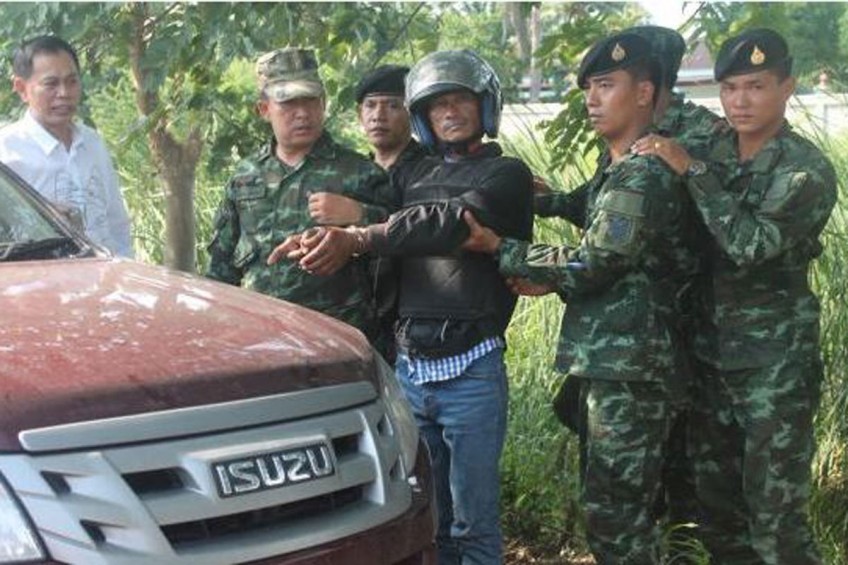 Samphan Jamjang, 46, has been charged over the murder of an elderly Japanese man.
The Nation

Kazuo Yoshioka, 84, was stabbed several times in the throat and had his throat slit. A knife and scissors were used in the attack.

At a press conference yesterday Yoshioka's killer, Samphan Jamjang, 46, said: "His wife wanted him dead because she had an affair with another man."

He told police that they had planned the murder three days in advance.

He alleged Poranee deliberately left a door unlocked when she left her home in order to faciliate the planned murder.

Poranee insisted at the same press conference that she did not want her husband killed. "I had known him for 19 years already," she said.

Poranee is an in-law of Samphan, who said he was offered to Bt40,000 to kill Yoshioka.

Samphan was arrested on Wednesday night. He confessed that Sarawut was his accomplice. He alleged that Sarawut held the Japanese as he (Samphan) stabbed him.

Samphan said he had tried to force the victim to open his safety box before he died.

Police have charged Samphan and Sarawut with murder, while Poranee has been charge with masterminding the murder