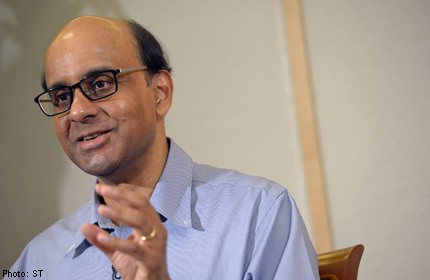 SINGAPORE - The Auditor-General's Office (AGO) is "feared", and "agencies take very seriously the coming of the AGO for an audit".

Ms Lim asked if it was time for a review on the scope of the audit AGO conducts, as it could be "somewhat narrower" as compared to other countries.

The issue of procurement lapses became a concern following the release of the AGO report in July.

DPM Tharman said: "I don't want to compare too literally with other countries. I think it stands well recognised that Singapore is regarded as having a cleaner and more efficient system or government than many others."

But with 80,000 procurements each year, he said Singapore "cannot realistically expect to eliminate all lapses or human error".

"To seek to do so would be too costly and time consuming, not just to (the) Government, but also to businesses and the public.

"Our approach, therefore, is to make every reasonable effort to minimise lapses while undertaking regular audits to check for any that do occur, and keeping open channels for suspected irregularities to be reported.

"Where any lapse is detected, we take actions to minimise recurrence."