Tharman: US should give China a bigger role in multilateral system

The United States and other leading nations must give China a greater “role and responsibility” in the multilateral system, Singapore’s government heavyweight Tharman Shanmugaratnam said on Thursday (Sept 22), as he called for a reset of the relationship between the two superpowers.

During a lecture at the Singapore Management University, Tharman underscored the need for a “new US-China relationship ” that was characterised by interdependence and collaboration in shared interests.

When asked whether he was optimistic about US-China ties neutralising in the next 10 years, Tharman – a senior minister and coordinating minister for social policies – suggested the relationship had been fraying and was moving closer towards decoupling.

“What’s happening now within the US and within China is a self-reinforcing future with more and more self-sufficiency, you’ll see more and more separation. The point is, that will lead to a more dangerous world for both the US and China,” he said.

“Just imagine a world where China is not part of the global markets – free investment, technology, ecosystems, data – just imagine that world.”

Instead, the US and China should focus on overarching common interests such as climate change, ensuring pandemic security, financial stability and the preservation of peace, all of which required interdependence, he said.

“It would be naive to think that economic interdependence assures us our peace, but it makes conflict far less likely than a bifurcated world – a world of bifurcated technologies, markets, payment systems and data,” he said. “That would be a very, very troubling world prone to conflict.”

His comments come as tensions between the two countries have worsened in recent months and caused alarm for officials in the region, though analysts are hopeful that relations would stabilise by the end of the year, with the two state leaders expected to hold their first in-person summit.

Tharman, an ex-central bank chief and one of Prime Minister Lee Hsien Loong’s top lieutenants, is among Asia’s most prominent voices on economic and social issues. In his speech on Thursday, the senior minister discussed a range of issues including rising cost of living, climate change and education.

Tharman also highlighted the need to “refashion multilateralism” to allow states to collaborate and collectively address issues such as climate change.

Describing this as a new multilateralism that repurposes existing institutions such as the International Monetary Fund and World Bank, he said these institutions could push global governance up to the key priority for governments. 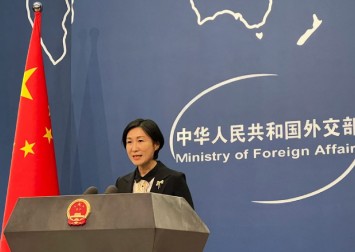 “These are institutions which are valuable and can be repurposed to catalyse a whole new era of public-private partnerships, mobilise private finance, join it together with public finance – so as to make the transition to clean energy, to make preparedness a part of normal economic, social and public health policies,” he said.

On climate change, Tharman, who also currently co-chairs the Global Commission on the Economics of Water, which was launched by the World Economic Forum in March, said recent natural disasters showed climate change to be an imminent threat.

Citing the devastating floods in Pakistan as an example, he stressed that climate issues are “not just a distant event 50 or 100 years from now”.

Despite the gloom, there was still some “basis for optimism”, Tharman said, referring to “Forward Singapore ”, the government’s nationwide public engagement exercise to refresh the country’s social compact and address concerns about social mobility and workplace discrimination.

“We have to avoid stagnation of the middle, even as we help uplift those at the lower end of the ladder. It can be done,” he said.