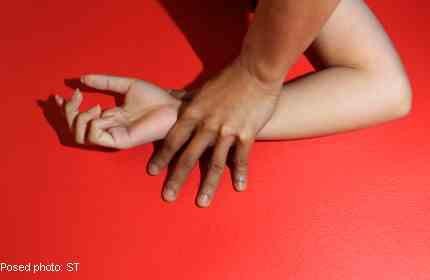 KOTA TINGGI, Johor - A Vietnamese woman was abducted and raped by three men impersonating policemen, after they robbed 26 foreign workers at their hostels on Friday night.

He said the suspects went to the hostel for female foreign workers in Taman Kota Batu 2 here at 10.45pm.

Mohd Nor said the suspects then became aggressive and broke down the steel gate and the hostel's back door.

"They ordered the women at the hostel to hand over their valuables before proceeding to take the victim and force her into a car."

The victim said that she was brought to a nearby area where she was raped.

The victim was then freed by the suspects at Jalan Air Terjun, about 200 metres from the hostel.

Mohd Nor said the suspects had earlier gone to a hostel housing male foreign workers at Jalan Belinjau in Taman Kota Jaya at 10.15pm and robbed the occupants.

The distance between the two locations is about two kilometres.

"They were pretending to carry out an inspection at the hostel.

"Eleven Nepalese men were ordered to hand over their cash, valuables and mobile phones to the suspects."

He said the operations manager of the factory where the workers were employed had received a call over the incident and alerted the police.

He said the police have mounted a manhunt for the suspects and are urging those with information on the case to come forward to assist in the investigation.

The case is being investigated under Section 395/397 and Section 376 of the Penal Code.