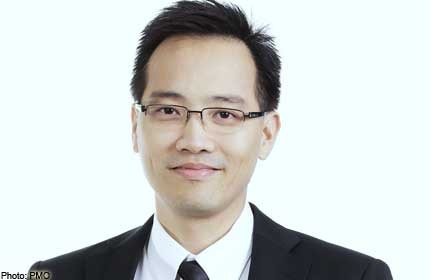 SINGAPORE - The Government's decision to appoint a new director of the Corrupt Practices Investigation Bureau (CPIB) is a significant move which should send ripples through management ranks in the public service. It reinforces the principle of accountability particularly in relation to the oversight of staff - a matter of some public discussion in the wake of a discomfiting series of corruption cases involving civil servants.

Following the $1.7 million scandal which hit the institution recently, the Government issued formal warning letters to the current director and his predecessor after the charging in court of an assistant director of the bureau for misappropriating the money. The authorities focused on the fact that both directors had supervisory and command responsibilities over the officer charged and his unit in the CPIB.

Given that formal letters of warning could affect an officer's bonuses, salary increments and career progression, the Government's move sends a clear signal that it will not tolerate weaknesses in internal processes and will hold those responsible for lapses strictly to account.

Although the amount allegedly siphoned off from the CPIB was much lower than the embezzlement of $12 million at the Singapore Land Authority, this case is more serious because the CPIB exists to fight corruption. Wrongdoing at the institution itself could shake public confidence in a pillar of a Singapore system that distinguishes it from countries where graft has become a way of life.

The Government's renewed emphasis on upholding standards of probity in the civil service is reflected in the new reporting system under which top brass in the public sector will have to exercise active oversight over procurement audits.

Recent procurement lapses unearthed by the Auditor-General's Office and highlighting of the need to tighten the way public institutions work should have a salutary effect on Singapore's anti-corruption culture as well.

No system is foolproof, of course. Those intent on corruption will look for the smallest loopholes in otherwise well supervised organisations, whether in the public or the private sector. But every case of corruption or inability to prevent wrongdoing that is surfaced, and is pursued rigorously in the courts or through administrative sanctions, will help set the bar higher.

Vigilance is the key and everyone has a part to play, even if it is to report just a hunch that something is amiss at the workplace. Singapore's reputation for a corruption-free culture, so central to its economic and social well-being and its international standing, is a weapon that must always be sharpened against complacency and decay.