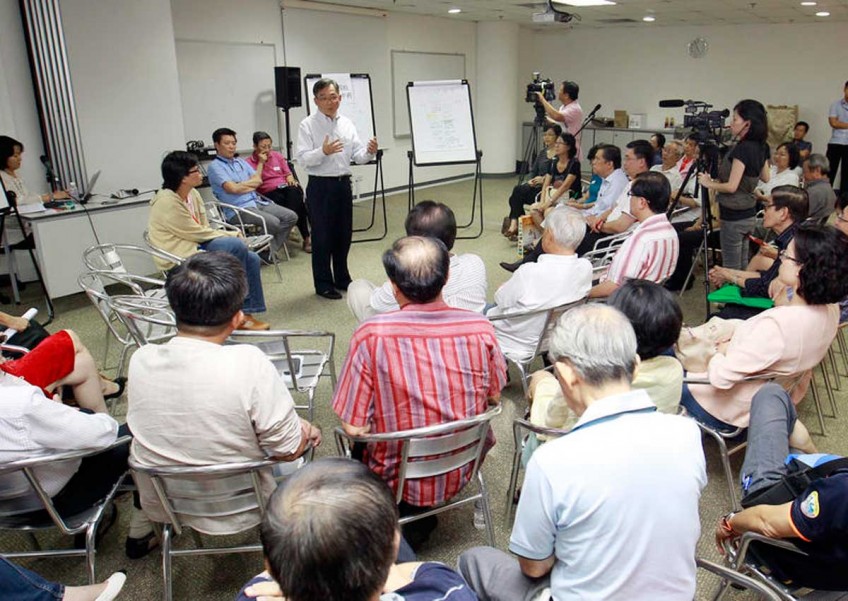 The Our Singapore Conversation (OSC) dialogue series in 2013, which involved nearly 50,000 people, was perhaps the Government's biggest and most coordinated drive to engage Singaporeans on the issues that matter to them.

It paid off in a big way.

The Government shed its perceived image of not listening to its people, a view arising from some policy missteps that saw a drop in support for the People's Action Party in the 2011 General Election.

But with its strong mandate at last year's general election, it is heartening to see the Government pledge to work even more closely with Singaporeans - and youth in particular - for a better future.

It is building on the success of the OSC with two more ongoing engagement drives this year.

First, there are the SGfuture dialogues, in which Singaporeans are urged to share ideas and turn them into action. More than 2,000 people have taken part so far.

More than 400 people have also joined in dialogues to gather ideas for a Founders' Memorial that aims to honour the values and ideals of Singapore's founding leaders.

As Culture, Community and Youth Minister Grace Fu said: "Through these engagements, we hope Singaporeans will have a stake in our nation's future and partner with us in shaping that future."

Engaging Singaporeans is a must to show that the Government is actively listening to the people.

But such sessions can be administratively demanding and potentially bureaucratic. During the sessions, participants are divided into smaller groups, each led by a neutral facilitator.

These facilitators, who guide each discussion and prod for deeper thinking, go into each session with a set of objectives to be met. Reams and reams of notes are taken at each session and then consolidated into reports. Such sessions allow participants to bounce constructive ideas off one another. But continuing in the same vein could risk some form of homogeneity in the backgrounds of participants, or worse, dialogue fatigue.

The Government has a huge presence online, including on its feedback portal Reach, and such dialogues could end up attracting only habitual participants.

The bigger challenge lies in finding ways to attract the attention, if not the heart, of apathetic or disinterested Singaporeans. Perhaps it is time for the wider community to take charge as well and spark organic conversations on national issues.

It will be a mark of a truly mature society if it becomes part of the Singaporean DNA to proactively give suggestions and feedback - and to step up and put into action their ideas from the ground up.