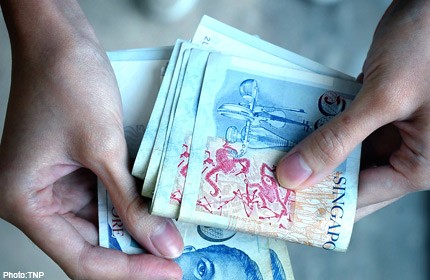 SINGAPORE - At least 125 consumers risk being left out of pocket as timeshare company Concord Developments is wound up.

Records with the Consumers Association of Singapore (Case) show that victims are owed a total of more than $262,000 - some after being sold contracts for properties overseas that did not exist.

The Accounting and Corporate Regulatory Authority of Singapore's records show that Seychelles-registered creditor Kinson Real Estate issued the firm a writ of summons for $366,588.82 last October.

It could not pay up and the application was made for Concord's compulsory liquidation. This was granted on April 5.

But most of those left stranded with "lifetime contracts" have not been told, said Case's executive director, Mr Seah Seng Choon. The consumer watchdog will soon advise victims on how to file proof of debt so that they can try to get their money back.

"Consumers need to file proof of debt early, before the affairs of the company close," said Mr Seah, adding that liquidators will look into the financial assets of the company and take into account the claims of all creditors.

According to Case, which had red-flagged the company several times, Concord targeted those who wanted to sell timeshare memberships with other companies.

They were invited for a meeting and warned that the liability from their existing timeshares could be passed on to their children. Many caved in and signed new contracts with Concord, but later found they were still stuck with their existing ones.

This is not the first time Concord has made the news. In 2011, Case filed a lawsuit against the local firm, asking the court to stop its operations.

Experts said consumers should file their proof of debt, but warned that returns are not guaranteed.

Mr Abuthahir Abdul Gafoor, executive director of accounting firm Stone Forest Corporate Advisory, said: "Liquidators have to look at the assets a firm has and what happened to the money collected. If the money was expensed in the proper way and there is nothing there, then creditors will have nothing to recover."

Administrative assistant F.L. Soh, 45, had already ploughed $55,000 into two bogus timeshare deals, then gave another $3,000 to Concord, believing it could help her claw back the lost investment money. She now believes she has kissed goodbye to that too.

"I feel that I am dumb," said the National University of Singapore graduate and mother of three. "We got hooked because they said they could help us at no charge."

Ms Soh and her husband - a graduate from Nanyang Technological University - ended up paying $3,000 after a three-hour sales pitch. "Now I slam down the phone on any timeshare company that calls me," she added. "It was an expensive lesson learnt."

Neither Concord Developments or its liquidator, Infinity Consulting, could be reached for comment.

The closure is the latest blow to the timeshare sector.

Case received 1,870 complaints against the timeshare industry last year, up 28 per cent from 2011's 1,458 complaints. A total of 827 complaints were received from January to July this year.

How to spot dubious timeshare schemes

Others promise to give a specified rate of return for a certain period.

Tricks they employ include staff taking turns to pressure the customer to pay up or introducing the customer to a group of people who appear to be buying similar packages.

Timeshare companies share contacts with each other. If you get a cold call from one offering to help you recoup your previous timeshare investments, it is probably a scam.

A timeshare company without a refund policy may be dodgy. At the same time, it is tough to get back the promised refund from a rogue company.

Errant timeshare companies may ask you to bring a partner to the sales pitch because if they fail to convince you, they can target your partner next.