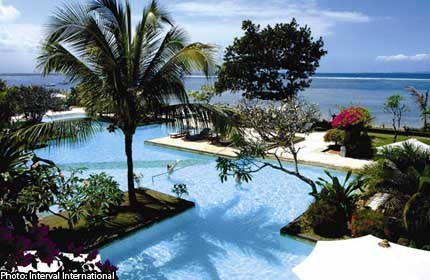 SINGAPORE - Four major timeshare companies are objecting to a proposed change to Singapore's consumer laws, claiming it will threaten their survival.

They say the new rule - which is designed to deal with rogue firms in the sector - will instead penalise "well-respected, global players" like them.

Under the proposed change, timeshare firms can no longer collect payments during the mandatory five-day cooling-off period, which is designed to give customers a chance to change their minds. The amendment was announced in January following a rise in the number of complaints about companies in the sector.

In some cases, consumers paid between $5,000 and $25,000 upfront only to find that the timeshare properties they had bought did not exist.

Making sure no fees are collected during the cooling-off period could spare buyers who cancel their contracts the hassle of having to claw back the funds.

But the four major players - who have about 2,000 Singapore customers between them - believe rogue timeshare firms will not be the only ones to suffer.

Instead, they claim not being allowed to ask for a deposit upfront could make it almost impossible for respectable salesmen to close a deal.

"Any proposed regulations should be tailored to the intended mischief... rather than a broad-brush application, which could and would be detrimental to honest and legitimate operators," their spokesman told The Straits Times.

She said that instead of banning payments during the cooling-off period, the authorities could allow them to be held in a separate bank account subject to regular audits.

Firms in the United States use a similar system.

The four companies also urged the Government to differentiate between timeshare businesses, holiday-club operators and those who resell timeshare contracts.

They have submitted feedback to the Ministry of Trade and Industry (MTI) and consulted the Consumers Association of Singapore. The quartet now plan to form an industry association to encourage best practices.

An MTI spokesman said the changes are designed to improve consumer protection in the sector. She added that its staff are studying the feedback and "will incorporate the various perspectives, where relevant".

The sector drew more complaints than almost any other. More than 1,800 were received against timeshare firms last year, up from 1,458 in 2011, said the Consumers Association of Singapore.

But Interval International executive director Joseph Hickman said: "If this legislation goes through, we will be out of business. It is very serious. If we cannot collect deposits, the customer goes away, the sale is lost."

Anantara chief executive Harold Derrah said: "A sales presentation takes a lot of effort and it is difficult not being able to close a sale after that.

"We support regulations. We just want to make sure the pendulum does not swing too far in one direction."