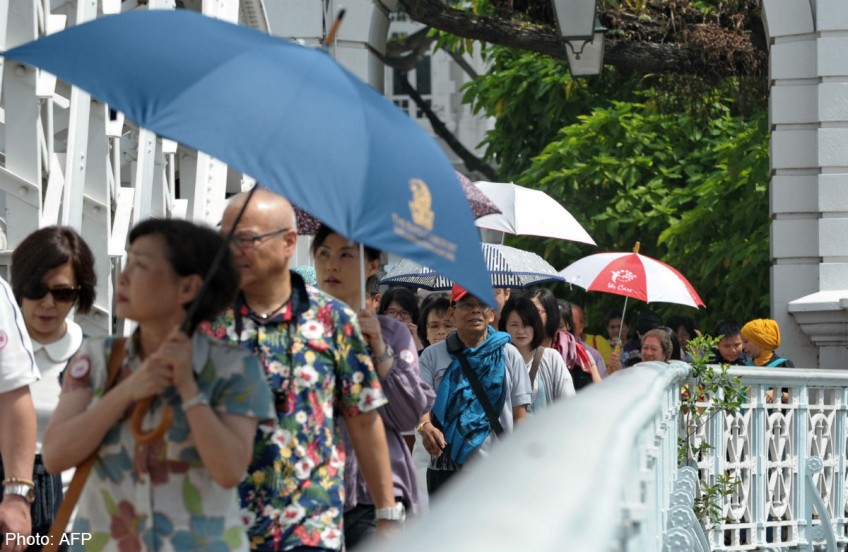 Tourists walk across Anderson bridge in the downtown financial district in Singapore on June 24, 2014.

SINGAPORE - While visitor arrivals to Singapore remained flat in the first quarter of this year, at 3.9 million, tourism receipts edged up five per cent year-on-year to $6 billion.

According to data from the Singapore Tourism Board, tourist arrivals from China dropped 14 per cent, due to tourism laws imposed in October, which dragged down overall visitor numbers.

Travel demand out of China has also weakened in the wake of the Malaysia Airlines MH370 disappearance in March.

But visitor arrivals from markets such as Malaysia, Australia and Japan declined one per cent, two per cent, and two per cent respectively.