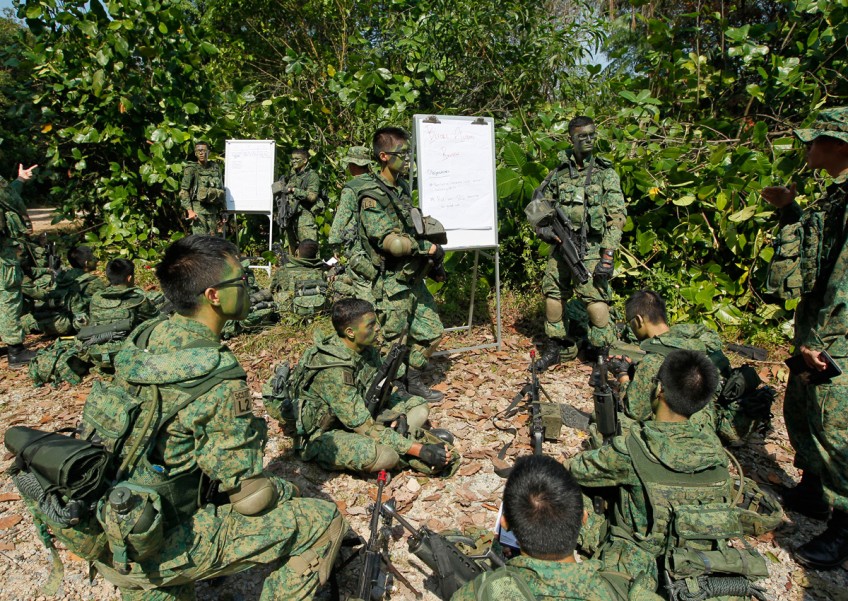 A transgender Singaporean who "has been living as a woman for the past 10 years" has been granted sanctuary in Britain to protect her from having to do reservist training in Singapore.

Britain's The Guardian reported on Wednesday (April 27) that two judges have ruled that she should not be forcibly returned to Singapore, where she would be required to do two weeks of reservist training each year "for the next eight years".

It was reported in The Straits Times in 2014 that the Singaporean considers herself a "transgender lesbian". Although women, including transgender women, in Singapore are not required to serve National Service, she had chosen not to undergo full gender reassignment procedures and is thus still legally required to serve.

The 33-year-old transgender woman, who was not named "for legal reasons", went to Britain in September 2004 as a student.

Her previous bids to remain in Britain for the same reason were unsuccessful, and she was allowed to remain in the country until October 2012 to complete her studies.

But her case was heard in the first tier of Britain's immigration tribunal in November, The Guardian reported. The judge then said that requiring her to "hide her gender and live as a man, even for two weeks a year, would be wholly unreasonable".

Britain's Home Office appealed against that judgment, but the appeal was rejected this week.

According to The Guardian report, Britain's Home Office had accepted her as a woman, and the gender on her Home Office ID card is female.

She had completed National Service in Singapore between December 2001 and June 2004 as a man, and has said that she "felt uncomfortable serving with men".

She reportedly also said that she would find it intolerable to be treated as a man after living as a woman for 10 years. She also said she has recurrent nightmares about her time spent in military service, The Guardian reported.

The Straits Times said in a report today (April 29) that if repatriated, she would be required to serve in-camp training of about two weeks a year until 2023, or face up to three years in prison and a fine of $10,000.