Travel claims for high-impact incidents on the rise 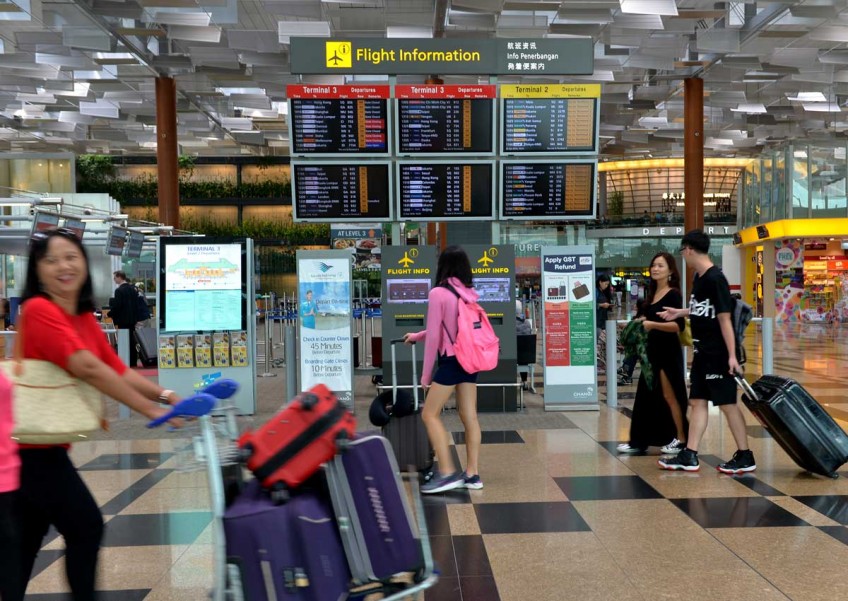 Travel claims for such incidents have increased by 85 per cent from three years ago, said leading insurance company AIG Singapore. Natural disasters were the costliest claims, averaging $2,610.

AIG Singapore, which is also Singapore's leading travel insurer, said it predicts a 10 per cent rise in demand this year for premium travel products that offer more coverage.

It also said that travel insurance claims related to socio-political volatility have more than doubled in the last three years.

Travel plans have been disrupted as a result of political instability, increased border security or terrorist attacks.

Ms Chua added that claims related to trip cancellation and flight disruptions are not big in amount, but "generally very high in the volumes".

Mr Jerry Ng, head of bancassurance at OCBC Bank, said they have also seen an increase in travel claims made for delays due to adverse weather conditions, trip cancellation, trip postponement and trip curtailments.

Great Eastern also saw an increase in such claims, citing recent incidents such as the snow storms in Japan and the Christchurch earthquake.

"There is an increasing awareness that travel disruptions and events such as natural disasters, epidemics or terrorist attacks can happen anytime and anywhere," said Ms Shirley Tan, the local marketing head of Etiqa Insurance, the insurance arm of Maybank.

Great Eastern has seen about a 20 per cent increase per year in Singaporeans buying travel insurance over the past two years.

All travel insurance plans under the insurance companies The New Paper spoke to cover claims related to high-impact incidents.

A basic, single-trip travel insurance plan could cost from below $10 to about $800. There are also monthly or yearly plans available.

The companies said they are monitoring the situation, but have no immediate plans to raise prices.

Mr Himanshu Upadhyay, assistant vice-president at Ergo Insurance Singapore, said: "With that awareness comes the understanding that the cheapest products often do not provide all the coverage you are expecting."

Mr Nazri Eddy, a 27-year-old civil servant, and his wife were stranded for a night at New Chitose Airport in Sapporo after the snowstorm late last December.

Their original flight on Christmas Eve was cancelled and they were transferred to another one the next day. The couple had paid $57 each for travel insurance for their 20-day trip, and managed to claim $165 each.

Mr Nazri said: "You are putting in so much money into flying... what is a little bit of money (for travel insurance) compared to buying a new plane ticket?"

This article was first published on March 31, 2017.
Get The New Paper for more stories.