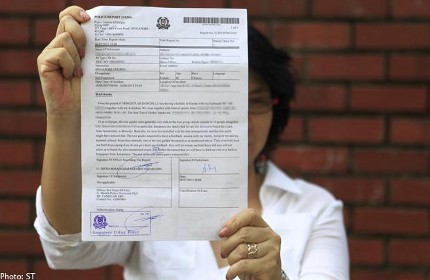 SINGAPORE - More Singaporeans travelling on group tours are getting less than they are promised, according to complaints made to the Consumers Association of Singapore (Case).

Their grouses dominate the pile of grievances Case received against travel agencies in the first half of this year, and the annual total looks set to outdo past years' numbers.

The issues that rile group tourists range from clueless tour bus drivers and lousy - even illegal - guides to skipping of star attractions and being badgered for tips or risk being barred from boarding the bus.

Some travellers like businesswoman Grace Tong, 40, have made police reports. The mother of four spent $15,000 for a group of six on a nine-day Europe tour in June that got off to a poor start from day one.

It began in Milan instead of Zurich, the bus drivers got lost repeatedly causing the travellers to miss destinations on the itinerary, and the guides failed to provide adequate commentary, demanded tips and rushed through the trip.

Travel agencies, when contacted, said the lapses were due to bus breakdowns, double-booking by cruise ship operators and inexperienced drivers provided by overseas partners.

One agency claimed the travellers were told tips were compulsory and had to be paid beforehand. Another accused its customers of pressuring tour guides to "remember every date by heart".

"The newer agencies may not have the resources or trained personnel to deal with overseas tours," Mr Seah said.

To compete, some also promise more than they can deliver while others cut corners to offer low prices.

The recent uptrend in travel to exotic places also causes grief because some agencies "may be unfamiliar with such destinations and have no established partners there", he added.

The tour highlight was an overnight cruise but it did not happen. Instead, a coach took them to a hotel for the night.

Mr Tan said he was to have been refunded €541 (S$918) but has received only €100. The agency involved said the additional amount was never promised.

The 64-year-old said some meals started at 10pm - just as the restaurant they arrived at was closing.

Case, which is seeking refunds from the travel agencies for the travellers, advised people to keep the original copy of bills, take photographs as proof and record details of the trip.

Mr Seah also urged them to check what is said at review sites before purchasing a package tour.