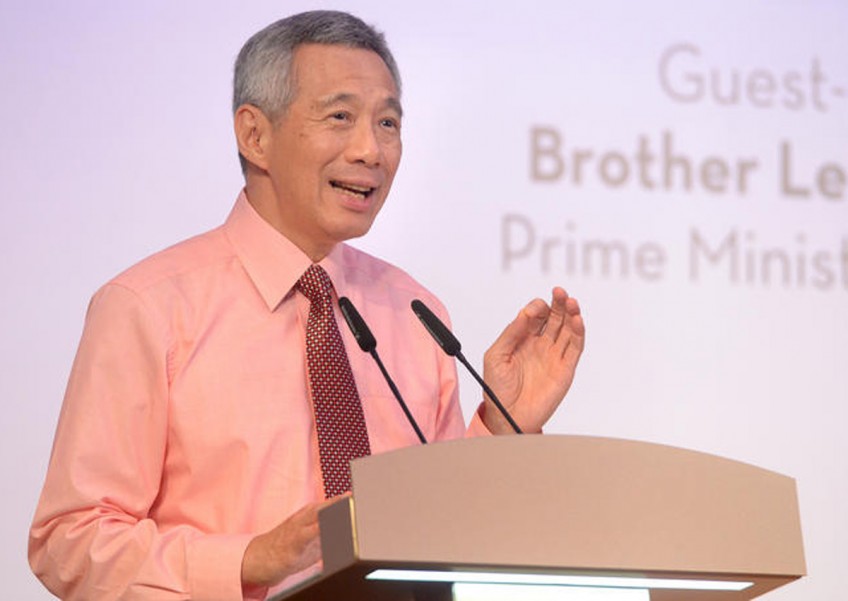 In a time of global economic uncertainty and change, the model of the Government, employers and labour unions working together remains the right formula for Singapore, said Prime Minister Lee Hsien Loong yesterday.

The model, known as tripartism, must be safeguarded with continual adaptation to new challenges, he said. "Tripartite partners must upgrade themselves and raise their game," he said. "We need to maintain and strengthen the trust we have built into the next generation of tripartite partners."

Speaking at the National Delegates Conference of the National Trades Union Congress (NTUC), held once every four years, PM Lee urged union leaders to update their approaches to stay relevant.

He pointed in particular to two challenges: helping older workers stay employed, and meeting the desires of young professionals.

In response to the first, PM Lee noted that NTUC has designed jobs and salary structures for older workers and persuaded the Government and employers to agree to raise the re-employment age to 67 from 2017. As for professionals, managers, executives and technicians (PMETs), he noted that the group already comprises 50 per cent of the workforce and is growing. "The labour movement cannot just be for the rank-and-file non-PMETs, it has to represent the PMETs who have different needs and issues," he said.

In his keynote speech that kicked off the three-day conference in which union leaders will draw plans for the next four years and elect a central committee, PM Lee said Singapore is facing an economic slowdown with the rest of the world.

Global forces disrupting traditional jobs are also putting stress on workers, he noted. The Singapore worker meets these challenges from a position of strength, thanks to the tripartism model, he said.

Over decades of government-facilitated co-operation, employers here have "learnt to see unions as partners rather than opponents". Also, the symbiotic relationship between NTUC and the People's Action Party - the labour chief is a Cabinet minister and union leaders sit on key forums - has led to "sound national policies which promote growth and work for the workers' interests".

PM Lee contrasted the dynamism of Singapore's unions with those in Europe or the United States.

In France, strong unions block reforms needed to prevent jobs from migrating elsewhere. While unionised workers enjoy strong social protection, the young and the unemployed carry the burden of employers' reluctance to hire, he said. In contrast, unions are weak in the US, which gives rise to a more dynamic economy, but at the cost of worker protection. The discontent of workers who feel that they are not getting a fair share shows up in gridlock in the political system and in popular opposition to free trade and immigration, PM Lee noted.

While Singapore's model is sometimes criticised over union leaders not being "fierce enough", it has worked, he said.

Union membership has declined in almost every advanced economy, but it has grown to nearly 900,000 members here, he noted.

"Cooperation, not strife; tripartism, not industrial warfare - that's how the NTUC has stayed relevant and has improved people's lives."

This article was first published on October 27, 2015.
Get a copy of The Straits Times or go to straitstimes.com for more stories.