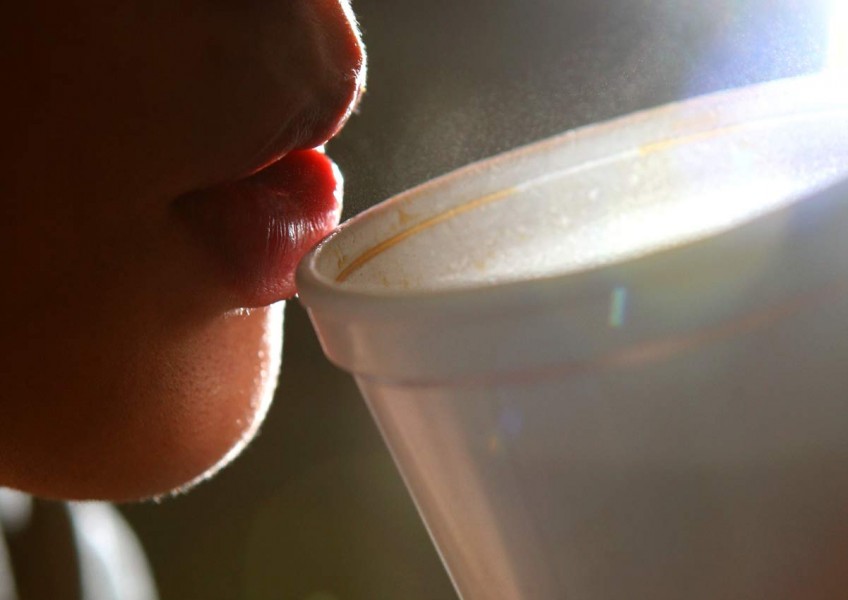 Posed photo of a person drinking water 'spiked with pills'.
The New Paper

KANDY: A police constable who quenched his thirst with some water offered by a trishaw driver lost unconscious and spent a night on the roadside near Alawathugoda on the Kandy-Matale main road recently.

According to complaint received by the Alawathugdoa police station, a constable attached to a police post of an expressway in Colombo was returning to Akurana with a colleague at night. On the way he broke journey at a bar in Kandy and hired a trishaw. His friend was dropped first and the trishaw proceeded towards his home. On the way, he felt thirsty and the driver offered him some water.

That was all he could remember the police constable has told the Alawathugoda police.

Around 3.00 in the morning he regained consciousness and found that he was lying on the roadside in Alawathugoda sans the gold chain he was wearing valued at Rs. 172,000 and the wallet containing Rs. 4,000.

The victim managed to contact his wife as well as his colleague.

Luckily for him, his friend had noted down the number of the trishaw and it was given to the police.

Alawathugoda police led by OIC IP Nishantha Hettiarachchi taking prompt action arrested the trishaw driver with the vehicle in Kandy. The suspect from Ampitiya was produced before the Kandy Acting Magistrate Jagath Mahagedara who remanded him pending identification.