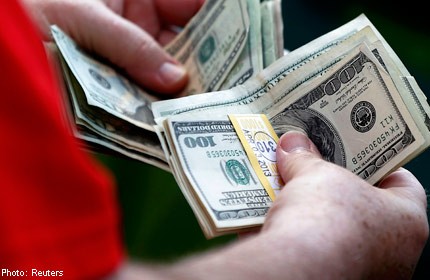 The duo -- one from the United Kingdom and the other from Guinea -- had allegedly been cheating people in a black money scam.

City police chief Datuk Mohd Salleh said the arrests were made after one of their victims, an Indonesian woman, lodged a report against them.

"Based on our investigations and statements from the complainant, we have learned that the suspects looked for their victims via Facebook.

"The complainant, who manages textile business in Indonesia, had got in touch with one of the suspects via Facebook last September.

"After several online interactions, she met him in Singapore in June."

He said the victim was offered to be a part of a money-processing project, where "imperfect" US notes would be "perfected" with a chemical, eventually leading to three times the profit.

"He told her that he had a bag full of such notes in Malaysia but was unable to process them as he lacked money to purchase the chemicals needed.

"Following the meeting, the complainant met the suspect athis home in Desa Petaling in July."

He said the suspect had asked the complainant to give him two US notes, stating that he would be able to process the imperfect notes and make them into six genuine notes by using the original notes.

"Another foreigner who was in the house then demonstrated the process and asked her to go over to a moneychanger to get the assurance she needed.

"She approached a money- changer in KL Sentral and managed to get the money changed. She was convinced that the notes were genuine."

When one of them processed the notes, they turned black.

He said there was something wrong with the chemical.

"The suspect then asked the complainant for another US$5,000.

"She refused and eventually lodged a police report."

Mohd said investigations revealed that the duo had been using the scam since September last year.

"One of them was enrolled in a private university here while the other runs an international business." Both men were remanded on Wednesday.