SINGAPORE - The police are investigating two men for comments about throwing an egg at Law and Home Affairs Minister K. Shanmugam.

In response to queries from The Straits Times, the police said on Monday (March 25) that a report was lodged last Tuesday against a 20-year-old male netizen who had left a comment on a Facebook post suggesting that he wanted to throw an egg at Mr Shanmugam.

A 47-year-old male netizen subsequently responded to the comment to provide information on the minister's upcoming Meet-the-People session.

"The police take such threats seriously, and will carry out investigations accordingly," said the police. 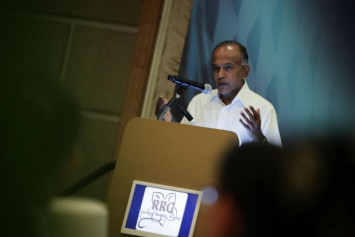 Both men are currently assisting the police with investigations, for the offence of communicating an electronic record to incite violence under Section 267C of the Penal Code.

Anyone convicted of this offence can be jailed for up to five years or fined, or both.

The comments were made on a Channel NewsAsia Facebook post regarding the controversy surrounding Australian senator Fraser Anning's comments on the Christchurch shootings on March 15 that killed 50 and injured dozens others.

The right-wing Australian senator, who was widely condemned for blaming the terror attacks on Muslims, was hit with an egg on the back of his head by a young man at a Melbourne event on March 16.

"I wanna do that to K Shanmugam. I swear," commented Facebook user Edmund Zhong, according to a screenshot of the comment thread that appeared on socio-political website The Independent. 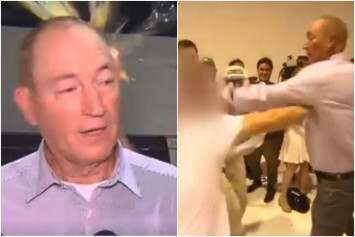 Mr Zhong had also posted on Facebook group Complaint Singapore, saying two police officers had visited his house with regard to his "egg throwing comments towards K Shanmugam", according to a screenshot of his post on The Independent.

Mr Zhong wrote: "Apparently 3 days ago, 2 officers from Ang Mo Kio Division HQ went to my home regarding my egg throwing comments towards K Shanmugam. Felt a mix of emotions as I didn't expect a harmless but straightforward comment can gain so much reaction."

He also shared a picture of a notice that the police had allegedly left at his door, asking him to look for an investigating officer at the police's Ang Mo Kio division headquarters.