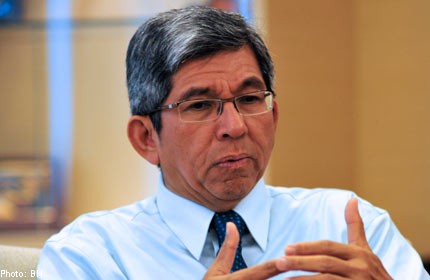 SINGAPORE - Two new measures were announced by the Government on Friday to help the Malay-Muslim community shrink the income gap and increase its social mobility.

One will give tuition subsidies to Malay students at another four tertiary institutions: Lasalle College of the Arts, Nanyang Academy of Fine Arts (Nafa), Yale-NUS College and the Lee Kong Chian School of Medicine at Nanyang Technological University.

The other will hand the Malay/ Muslim Community Development Fund a higher grant of up to $2.6 million a year to help more low-income families in their community. Currently, it is $1 million.

These measures, announced by Minister-in-charge of Muslim Affairs Yaacob Ibrahim on Friday night, form the Government's first response to a landmark report on the community's concerns and aspirations, submitted last month.

He asked for more time for him and other Malay-Muslim MPs to reflect on job discrimination.

Dr Yaacob, also the Minister for Communications and Information, was speaking at the community's Hari Raya Aidilfitri dinner at Sheraton Hotel, in an annual speech taking stock of its progress and charting its future direction.

The Suara Musyawarah report, done by an independent panel, distils views gathered in focus group talks over six months, involving more than 500 people. Their concerns ranged from not feeling fully accepted in Singapore to breaking the poverty cycle and ways for the community to help itself.

Reading the report, Dr Yaacob said he sensed the community's hope and desire to do better, especially among vulnerable families.

"This group wants tools and opportunities to become self-reliant and achieve social mobility. They want their kids to do better in school than they did.

"In other words, they too share the Singapore dream of a better life," he added.

With a higher matching grant from the next financial year, the Malay/Muslim Community Development Fund will expand beyond social projects to help strengthen organisations, said Dr Yaacob.

Meanwhile, he noted the rise in income, donations and volunteerism among his people, reflecting a more confident community. Suara Musyawarah chairman Sallim Abdul Kadir praised the move on tuition subsidy, for recognising that Malay-Muslims can excel in diverse fields. "We're seeing the winds of change."