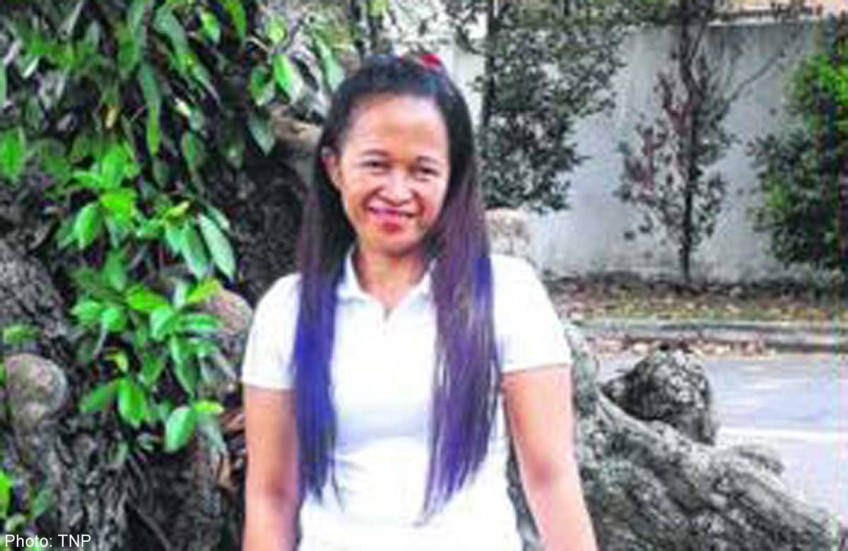 She toiled at her employer's restaurant for 17 hours a day, with no day off or holiday for more than four years.

Maria Luisa Cuizon, 42, who was hired as a domestic helper, was not aware it was illegal for her employer to deploy her in the restaurant.

For two years, the Filipina, who earned $400 a month, was happy. Her employer praised her for being hard-working and even bought her gifts and clothes.

Then, her employer stopped paying her. He said he had financial problems.

Ms Cuizon continued working for him, hoping to be paid later. It never happened, not even when she pleaded for $150 for her son's graduation in the Philippines.

She claimed that this went on for two years and the money owed to her amounted to almost $9,000.

Finally, she decided that enough was enough, and sought help from the Ministry of Manpower (MOM) last year.

This month, her employer, Chia Chuan Huat, pleaded guilty to six charges of failing to pay her salary within seven days of the salary period, and a charge for failing to ensure that she worked only at the address stated in her Work Permit.

Sadly for Ms Cuizon, she still cannot get the money owed to her.

The prosecution applied to the court for a compensation order of $2,100 to return the salary arrears to her, but Chia was unable to pay up. He was jailed a further two weeks.

She is not the only maid who ended up working like a "slave".

Last week, an employer was fined $12,000 for failing to pay his foreign domestic worker for more than three years.

For the past year, Ms Cuizon has been in a shelter run by Humanitarian Organisation for Migration Economics (Home), a help group for foreign workers.

Her sister, who also works here as a domestic helper, had urged her to approach MOM, which referred her to Home.

Ms Cuizon still hopes to get some money back from Chia before she returns home.

Close to tears, the single mother, who has a 13-year-old son, told The New Paper: "I don't want to go back when I have no money."