UN 'remains a beacon for all humanity' 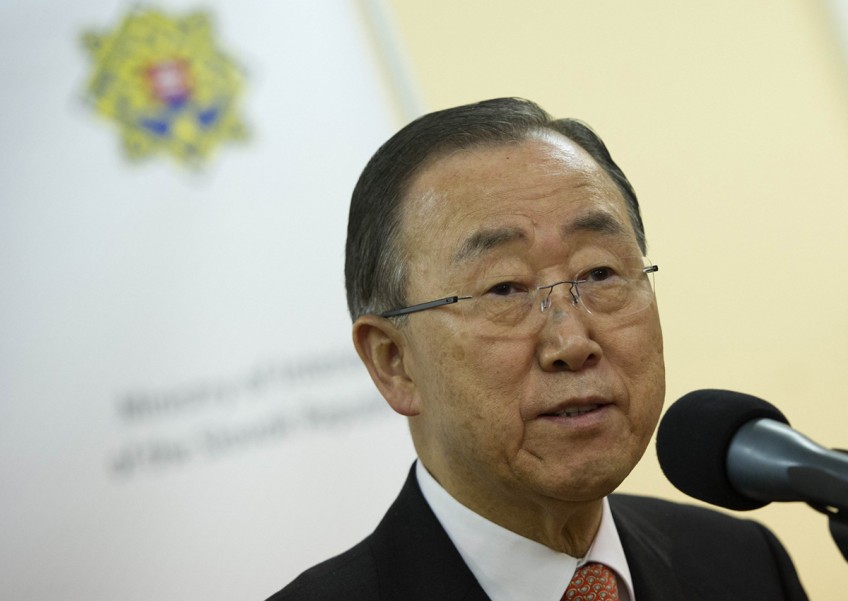 Since its founding on Oct 24, 1945, the United Nations has remained a "beacon for all humanity", UN Secretary-General Ban Ki Moon has said as landmarks around the world were lit up in blue to mark the global body's 70th anniversary.

Speaking at a time when the organisation he leads is coming under increasing scrutiny, Mr Ban used his annual UN Day message to highlight the good work it is doing, thank his staff and also stress once again its continued relevance.

"National flags are a mark of pride and patriotism in every country around the world. But there is only one flag that belongs to all of us. That blue flag of the United Nations was a banner of hope for me growing up in wartime Korea," he said on Friday. "Seven decades after its founding, the United Nations remains a beacon for all humanity."

To commemorate the milestone anniversary, around 200 monuments and buildings across the world - including six in Singapore - were lit in the colour of the UN.

In New York, where the UN headquarters are located, the day was also marked with a concert in the UN General Assembly Hall.

The global show of support failed, however, to mask the growing frustration with the UN's seeming inability to deal with any of the world's current headline challenges.

Indeed, though Mr Ban kept his message largely upbeat, he did appear to acknowledge the current problems.

"The world faces many crises, and the limits of collective international action are painfully clear. Yet no single country or organisation can address today's challenges alone."

The UN chief himself is said to be fed up with the relative inaction stemming from disagreements among the five permanent members of the Security Council (SC).

"You're not doing much at all. You need to fix the way you operate," Mr Ban reportedly told the diplomats.

At the heart of the anger is the veto vote held by SC members China, France, Russia, the United Kingdom and the United States.

While the idea that a single veto vote can scupper the work of the UN has been a source of tension for some time, the current dysfunction has heightened calls for reform.

The UN has seemed powerless to intervene in a series of conflicts. It stood by as Russia annexed Ukraine, and could not move to prosecute those who allegedly shot down the Malaysia Airlines aircraft in Ukraine after a veto from Moscow.