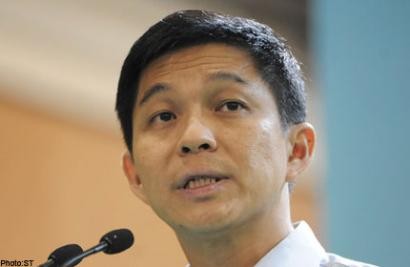 SINGAPORE - Singaporeans who are not happy with the country should try to improve things instead of running down the country, Acting Manpower Minister Tan Chuan-Jin said on Monday.

"Singapore is not perfect, no society is perfect," he noted.

"There may be things we are unhappy about, things can always be better, but that is very different from running down our own people, our own society."

He pointed to two letters from Singaporeans that were published online last week on Yahoo News. He did not name their writers.

A check online, however, shows the letters were written by operations manager Brian Vittachi, 56, and public relations consultant Wang Su Lin, 40. Mr Vittachi had asked his sister not to return to Singapore from Sri Lanka. "Singapore has sold its soul," he wrote, while Sri Lanka has natural beauty, culture and character.

Mr Tan said he wished them well but hoped the duo would also "find it in themselves to contribute and help build Singapore".

The minister, who praised volunteers and public servants who work to improve the lives of Singaporeans, was speaking at his ministry's National Day Observance ceremony.

In his speech, Mr Tan also reiterated that the pace of restructuring to reduce Singapore's reliance on foreign labour will not be slowed. But he pledged the Government will continue to help affected workers.

Companies can do their part as well by hiring more older workers and women, he said.

An officer at the event, who asked not to be named as she was not authorised to speak to the media, said: "It is not just the country, but policies are also not perfect, but what is important is that we identify what is wrong and fix them, instead of just complaining."