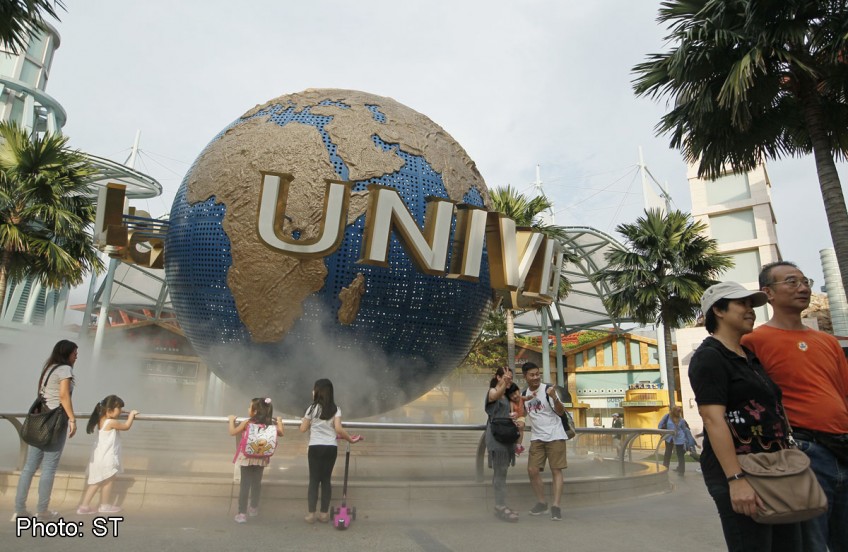 Below is the statement released today by TripAdvisor:

SINGAPORE - TripAdvisor™, the world's largest travel site*, today announced the winners of its Travellers' Choice™ awards for Amusement Parks and Water Parks around the globe. In total, 242 winners were identified, including the top 25 in the world and dedicated lists for Asia, Canada, China, Europe, India, South America, South Pacific, the UK and the US

"Travellers in search of outdoor entertainment should look no further than the TripAdvisor Travellers' Choice Amusement Parks and Water Parks," said Barbara Messing, chief marketing officer for TripAdvisor. "There is a wide variety of activities to appeal to all ages at these top rated parks across the globe."

Travellers' Choice awards honour top travel spots worldwide based on the millions of valuable reviews and opinions from TripAdvisor travellers. Award winners were determined using an algorithm that took into account the quantity and quality of reviews for amusement parks and water parks worldwide, gathered over a 12-month period.

Universal Studios Singapore Ranked 8th in the World and 1st in Asia for Amusement Parks; Wild Wild Wet Ranked 9th in Asia for Water Parks Universal Studios Singapore was named the top amusement park in Asia, ahead of Hong Kong's Ocean Park and Tokyo's DisneySea and Disneyland. It also ranked eighth in the world and is the only amusement park in Asia to be placed within the top 10 globally. Wild Wild Wet was the other Singapore attraction recognised coming in ninth in Asia for water parks.

"At Universal Studios Singapore, we take pride in delivering the best experience for all our guests as they Ride the Movies," Mr John Hallenbeck, Senior Vice President of Attractions at Resorts World Sentosa. "We are very thankful to TripAdvisor travellers for their continuous support, making Southeast Asia's first and only Hollywood movie theme park the top amusement park in Asia."