US woman stabbed to death in Beijing: Xinhua 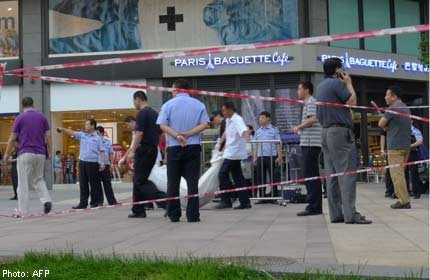 This picture shows a dead body being carried away after a stabbing attack happened near a shopping mall in Beijing.

BEIJING - A knife-wielding man killed two people, including a woman from the United States, in an attack in China's capital, state media said on Thursday.

Police detained a 27-year-old man surnamed Xiao from eastern China following the attack which was witnessed by hundreds of bystanders, the report said.

The suspect is unemployed and has claimed he is mentally ill, the report said. It did not give the names of the dead but said the other victim was a Chinese male.

Local police said they could not immediately comment on the details of the case, when contacted Thursday.