Vehicle levy to enter Malaysia not in effect yet 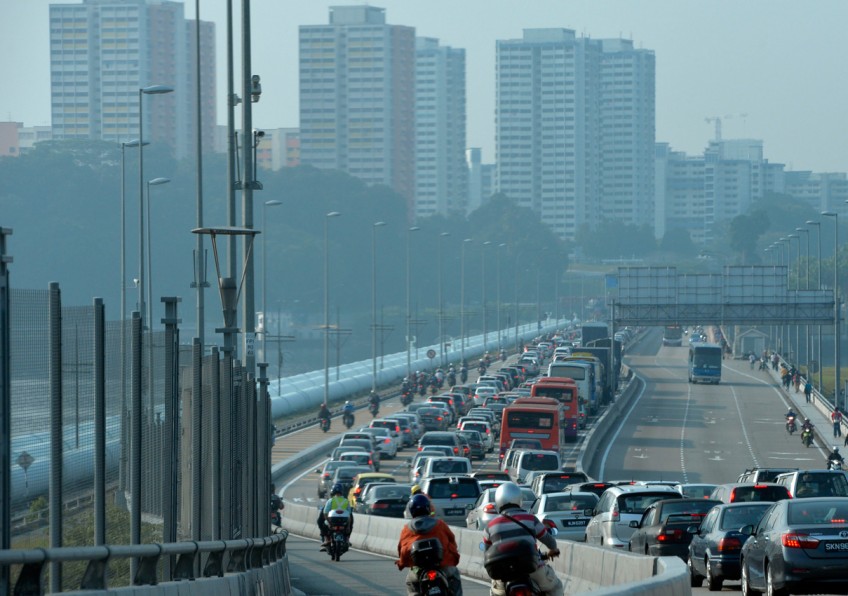 Early morning peak hour jam around 8 to 9 am going towards the Singapore side of the Causeway.
The Straits Times

The Vehicle Entry Permit (VEP) for Singapore-registered vehicles entering Johor has yet to be implemented as Malaysia is still finalising technical details.

State news agency Bernama reported in January that Transport Minister Liow Tiong Lai was planning a May launch, but two ministry officials told The Straits Times that he never gave a start date.

"Minister hasn't announced (the) date," one official said, adding that no timeline would be in place "until the system is ready".

Last month, reports quoted Datuk Seri Liow as saying that once details of the proposal had been ironed out, the government would announce the implementation date.

The levy - said to be RM20 (S$6.80) per trip - on Singapore-registered vehicles was supposed to have been implemented on Aug 1 last year, but has been repeatedly deferred.

It will be effective on both routes into Malaysia - the Causeway and the Second Link - and reports here said more than 120,000 Singapore-registered vehicles had registered for the VEP.

Malaysian cars entering Singapore now pay $35 in VEP for each weekday on the island while motorcyclists are charged $4.

At present, the toll involved in a round trip between Singapore and Johor Baru for a Singapore-registered car works out to around $13.