Verbal abuse and threats towards civil servants uncalled for: Shanmugam 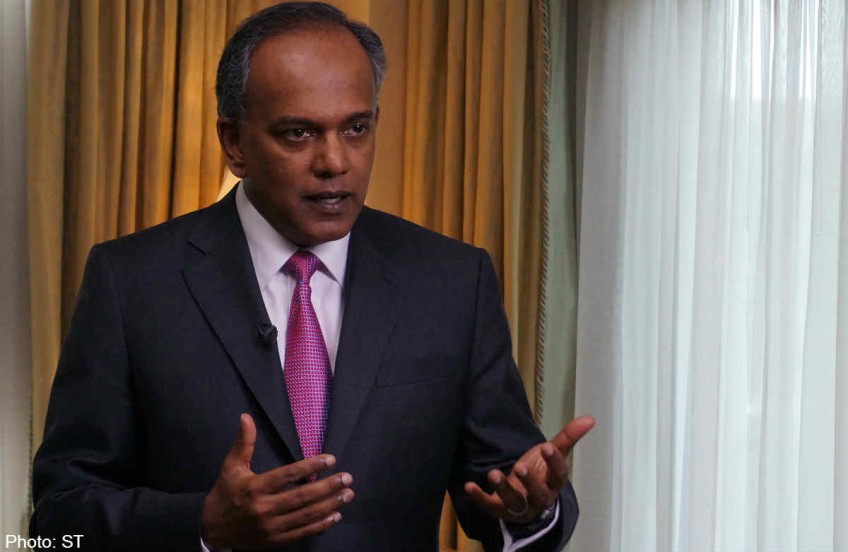 SINGAPORE - In a Facebook post on Wednesday, Law Minister K Shanmugam shared a case of a man who threatened to burn down the Legal Aid Bureau when the bureau was unable to help him, using it as an example of how verbal abuse and threats against civil servants are 'uncalled for' and 'unacceptable'.

"Sometimes it happens the other way as well - with frontline officers getting rudely treated by some members of the public. Thankfully these are a small minority.

"Recently I was briefed about an unfortunate incident that occurred at the Legal Aid Bureau. A man had sought the bureau's help in commencing divorce proceedings against his wife. The bureau was unable to help him as he had been married for less than three years, the minimum legal requirement (barring exceptional circumstances).

"The man became agitated and started smoking and burning forms in the bureau. He also threatened to smash the office with a hammer and burn it down.The man was arrested before he could carry out his threats.

"What this man did was unacceptable. His verbal abuse and threats toward LAB staff were uncalled for, especially since the staff had tried their best to help him. But this is not a standalone incident. In the past few months, I have heard of other instances of civil servants being verbally abused. This is not right.

"Civil servants perform their duties to the best of their abilities, just like everyone else. They play vital but oft-unseen roles in the running of our country."