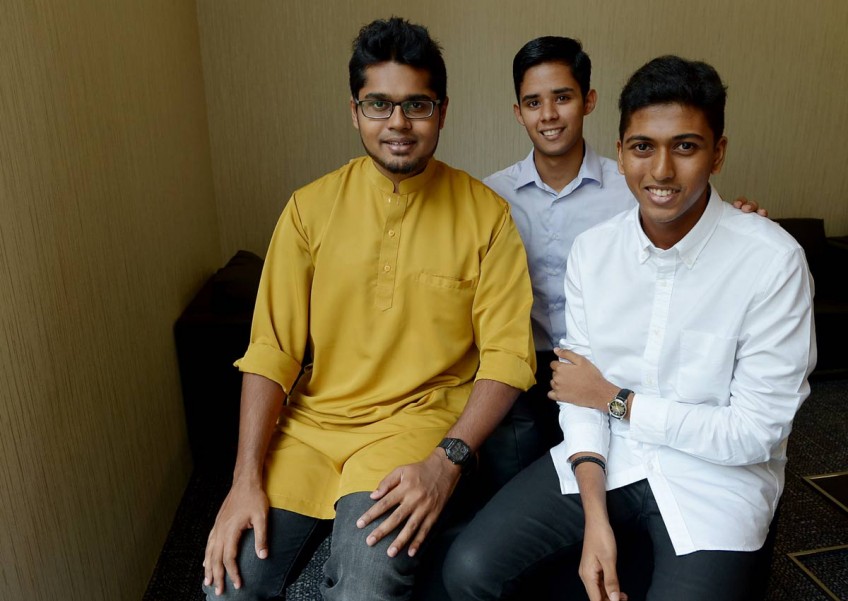 The 18-year-old was sullen and withdrawn, and seemed to be at risk from being exposed to extremist material online.

Worried relatives and adults could not seem to engage him, so community volunteers approached Mr Ameer Roshan, 23, a trainee teacher who helps out at the Singapore Kadayanallur Muslim League.

Weekly badminton and football games, as well as chats, helped the reticent teen change his views, Mr Ameer recalled yesterday, about a year after he was asked to help. He still meets the young man, who asked not to be named, regularly.

"Thankfully, he managed to straighten himself out and is a lot more responsive these days.

"You can see that the radical thoughts in him have kind of vanished, and we became friends over time," he added.

Mr Ameer is one of 20 volunteers appointed yesterday by several Muslim organisations to be "youth ambassadors of peace".

Coming from different backgrounds, these young adults will, in the coming months, hold dialogues and initiate activities to reach out to fellow young people to spread the importance of peace and harmony, and help debunk distorted interpretations of Islam that are being spread by terror groups like the Islamic State in Iraq and Syria (ISIS).

They will be trained by counsellors and other experts to be "big brothers" to at-risk youth, like what Mr Ameer did.

Mr H.M. Saleem, vice-president of Muslim welfare group Jamiyah, told participants at a Muslim youth seminar at the Management Development Institute of Singapore auditorium that these envoys can "harness youth energy towards promoting peace and harmony in our multiracial society".

Some 500 young people and volunteers at organisations, like the Federation of Indian Muslims, were also briefed by academics and experts on the threat extremism poses. The seminar is part of ongoing efforts by the Muslim community to engage and educate its youth about the dangers of radical ideology.

Youth ambassador Abdul Hakeem Mohamed Yunos, 23, a third-year National University of Singapore finance undergraduate, said his fellow volunteers hope to bridge the gap between experts and their peers and juniors.

"We will also monitor social media and sites like YouTube for radical comments, try to reach out to users, and keep an eye out for websites and blogs that radicals may be using for recruitment," he added.

Mr Amir Azhar, 21, a full-time national serviceman and member of the Indian Muslim Professionals group, said the ambassadors are looking at starting a campaign on Instagram where users can tag themselves to reject ISIS' ideology and messages.

"We are also looking at launching a Facebook campaign that will use a hashtag and articles to debunk some of the viral, 'clickbait' stories that distort the Muslim faith for views and eyeballs," he said.

Parliamentary Secretary for Home Affairs Amrin Amin, who spoke at the seminar, said the youth have an important role to play in maintaining social harmony and this includes tackling extremism.

He noted that Singapore detained two young men in August who were planning to join ISIS.

Earlier this year, a radicalised 17-year-old youth was placed on Restriction Order and a 19-year-old student was detained. The student had planned to join ISIS in Syria, and if he could not travel, wanted to attack key facilities and kill the Prime Minister and President.

In total, seven Singaporeans are known to have joined ISIS or planned to join the terror group.

Mr Amrin said young people must also be able to discern between truths and falsehoods online, and should seek clarifications from credible and legitimate sources if they have any doubts about their religion.

"Living in peace and harmony does not happen by chance. Peace, harmony and goodwill must be backed by conscious choice, backed by action," he said.

This article was first published on Oct 18, 2015.
Get a copy of The Straits Times or go to straitstimes.com for more stories.