Voting on the squeeze for space 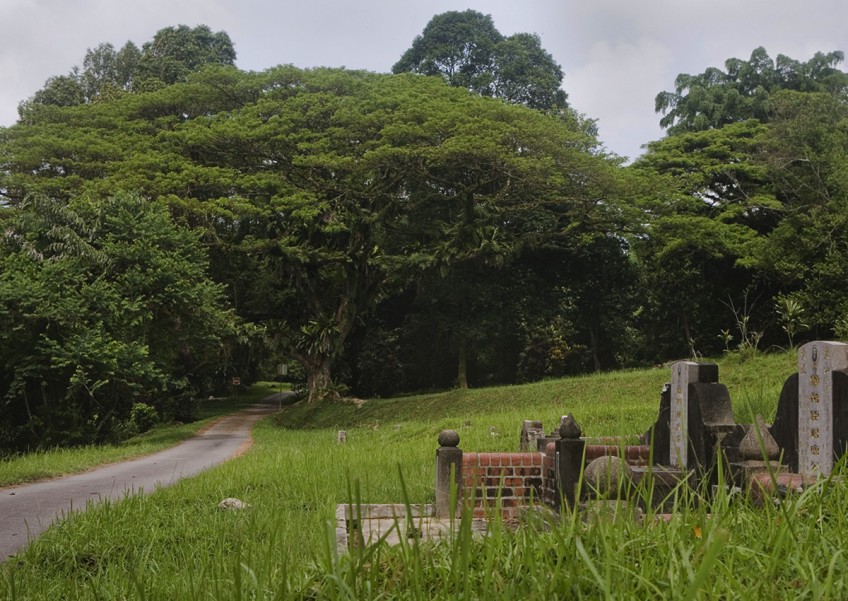 The three were a free interactive performance in the heartland (The Lesson), a physical theatre piece set against a lush green landscape (The Cemetery: Dawn), and a riveting work of testimonial theatre in a black box (The Cemetery: Dusk), each thought- provoking in its own way.

However, as interlocking parts of a whole, the It Won't Be Too Long trilogy transforms into a powerful and moving commentary on how space is disputed - and ignored - in Singapore, in the words and gestures of its people. It is a fitting conclusion to an arts festival that has taken well-calculated risks with its commissioned work and scored some excellent productions along the way.

It Won't Be Too Long brought together three different spaces: Toa Payoh Central is a public space, the School of the Arts Studio Theatre is private and Bukit Brown Cemetery is a problematic mix of both. In each space, the audience is confronted with overlapping issues of the contestation of space in Singapore, an island often described as "land-scarce" and assumed to value "progress" and urban redevelopment over wildness and history.

The Lesson, which took place in a large inflatable theatre in Toa Payoh, challenged audience members to reach a consensus on which public locale ought to be demolished to make way for a new (fictitious) MRT station, including a columbarium, an historic cinema, rental flats, a wet market and a marsh. Audience members were required to vote and the show happened to take place in the run up to Polling Day on Sept 11 by sheer but serendipitous coincidence.

Essentially, the task was impossible. Even if audience members did reach a consensus (to prevent the situation from falling into the hands of "the relevant authorities"), it was done with great gnashing of teeth. Each space on the chopping block had its own unique and irreplaceable attributes and the facilitators drew out passionate discussions from audience members and passers-by who suddenly had a stake in shaping their physical landscape.

I had initially shelved The Lesson in a different compartment of my mind when I attended Dawn at Bukit Brown Cemetery in the wee hours of the morning last Saturday. On its own, this six-person movement piece (which is revisited with much better context in Dusk) does not quite go beyond heavy-handed symbolism about death and departure - including one instance where a pickup truck drives through the performance area as a rather obvious nod to the disruptive construction of the highway.

But it was the act of waking up at 4am to get to the cemetery at 5.30am, of walking to the candle-lit performance area under the cover of darkness while one is hemmed in by silent, desolate construction sites, of seeing and hearing morning crack open over the gorgeous green environs - Dawn is absolutely crucial in place-setting for Dusk, where the morning's events, as well as The Lesson, gain a much richer context.

It is Dusk that ties all three parts together in a difficult open-ended question to the audience: What next? Director Kok Heng Leun and playwright Jean Tay have meticulously gathered a multitude of voices from real-life interviews, press conferences, press statements and newspaper reports to portray the life and death of Bukit Brown Cemetery, from the early stirrings of civic activism in 2011 - when it was first announced that a large highway would be constructed and cut through the municipal cemetery - to the death knell several years later.

Dusk fleshes out the painful tussle between civil society groups and the authorities, including then-Minister of State for National Development and Manpower Tan Chuan-Jin, and key figures such as Ms Jennifer Teo from SOS Bukit Brown and Dr Chua Ai Lin, president of the Singapore Heritage Society.

These personalities are all brought to vivid life by the capable trio of Timothy Nga, Karen Tan and Jo Tan, who play all the characters - from a straight-talking tombkeeper to the diverse group of nature lovers, volunteers and activists, as well as those whose ancestors were buried in Bukit Brown and had to move.

The interviews are as sharp and punchy as they are frustrating and sad. While Bukit Brown is at the core of the narrative, the various anecdotes shade in a larger picture of historical amnesia, indifference and the relentless machinery of Singapore's tight urban planning. Can preservation and progress exist on the same plane in Singapore or will they always be at heartbreaking odds?

Drama Box's thoroughly researched performances invert the power structure such that the audience (standing in for the public at large) is ultimately the one with the most agency and choice.

Bukit Brown proves that civil society groups can lobby the authorities successfully only when they have strong public backing.

But what is the public doing with this power? What kind of Singapore will they shape - one where emotion and the various

"intangibles" of history, culture and heritage are eroded by pragmatism and the thrust of progress? Or a Singapore that genuinely values various perspectives?

These wonderful productions by Drama Box are a timely reminder that it certainly won't be too long before Singapore evolves - and hopefully, it won't be too late to make a difference.