Wake S'poreans up to terror threat 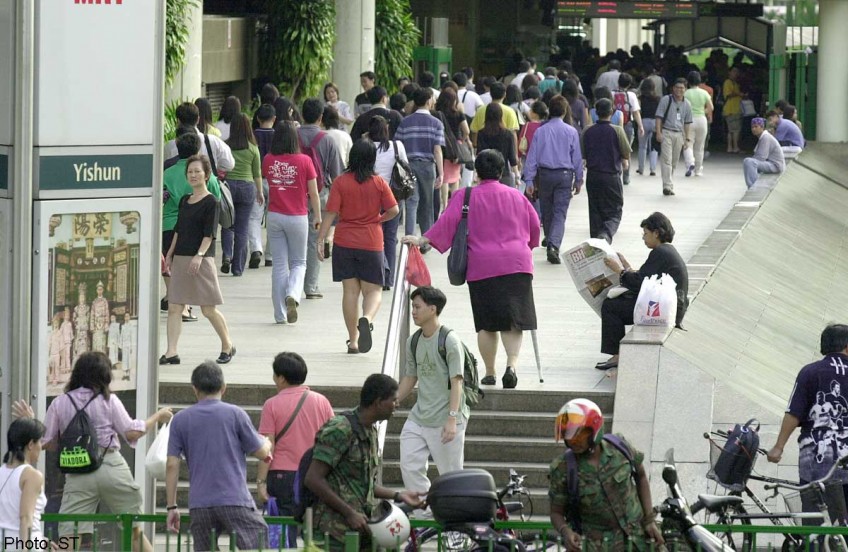 Yishun MRT was a target of a terrorist cell in Singapore in 2005.

It is highly pertinent for Deputy Prime Minister Teo Chee Hean to warn us that some of our citizens have been radicalised through social media and personal contacts ("Handful of S'poreans taking part in Syrian conflict"; last Thursday).

The biggest concern is that the Islamic State in Iraq and Syria would not be satisfied with taking over Iraq and Syria, and would target other regions, perhaps through associated extremist organisations like Jemaah Islamiah and Kumpulan Mujahidin Malaysia.

The end game is the establishment of a regional caliphate in South-east Asia, encompassing Indonesia, Malaysia, Singapore, southern Philippines, southern Thailand and even the Rohingya Arakan state in Myanmar.

It is good that our police and security forces are always on the alert and have cordial relations with their regional counterparts. However, our own citizens must be made to realise that terrorist acts can occur when least expected.

Singaporeans of all ages and races have important parts to play. For example, neighbourhood watch groups could be trained to look out for not only robbers but also potential terrorists.

Our veteran soldiers know what it was like during the Konfrontasi from 1963 to 1966. At least 30 acts of sabotage were carried out in Singapore, including the MacDonald House bombing.

Perhaps police and security roadshows can, from time to time, be taken to schools and various constituencies to update people on security/terrorist threats in the region and the Middle East.

There is nothing like creating awareness to wake people up to the reality of potential terrorist threats to our nation. Nothing should be taken for granted.