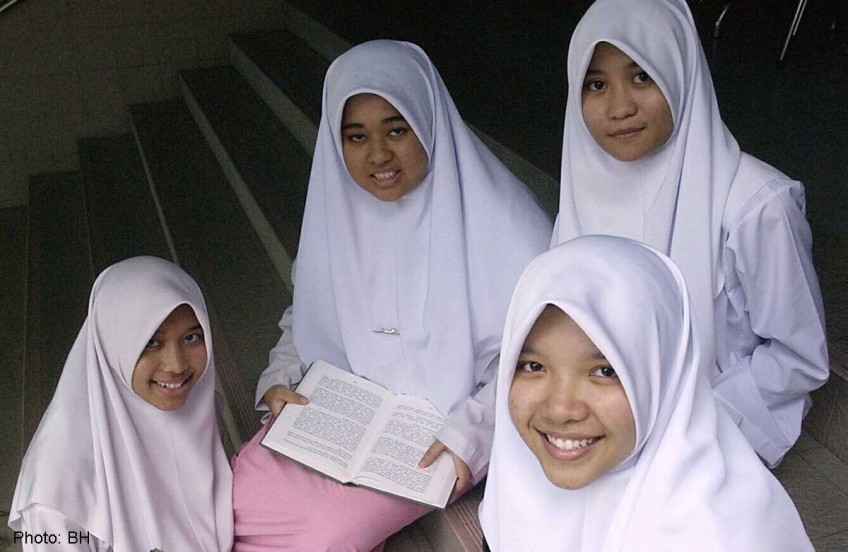 The anti-discrimination watchdog is looking into an allegation that a sales assistant was asked to leave an Isetan department store for wearing a tudung.

Part-timer Zafirah Edwards, who works at the Changi City Point Puma store, was seconded to the sport label's section in the Wisma Atria branch of Isetan for the day last Wednesday. But soon after arrival, she was allegedly told to leave because she had turned up wearing the Islamic headscarf.

As she was leaving, she was asked to go through a bag check.

In a Facebook post, Ms Zafirah's sister said this move equated to an "assumption that a person wearing a tudung... will most likely shoplift".

The Tripartite Alliance for Fair and Progressive Employment Practices (Tafep) did not disclose who made the complaint but said yesterday that it is "looking into the issue".

The post appeared on Ms Zafirah's Facebook account but was attributed to the former's older sister, a teacher, who said: "My sister left the store crying and heading straight home after being treated so unjustly and in such an inhumane manner."

As of last night it had racked up more than 1,400 "shares" and 2,500 "likes", along with dozens of indignant comments from the Malay-Muslim community.

It prompted MP Zainal Sapari, who is on the Government Parliamentary Committee for Manpower, to intervene. He alerted the Ministry of Manpower (MOM) in an e-mail last Saturday.

"MOM must follow up, it's very important that we put the facts upfront," he told The Straits Times yesterday.

"Any alleged cases of discrimination can be very sensitive, especially when it borders on race or religion," he added.

In a Facebook post last night, Isetan Singapore apologised to Ms Zafirah "for any anguish and embarrassment", adding: "Isetan takes a serious view of the matter. The staff involved will be counselled and the management will also take steps to ensure similar situations will not happen again."

Isetan spokesman Tong Shu Lee told The Straits Times that internal investigations showed "the management staff had not been sensitive".

"There is a clear dress code for staff and promoters and it does not include any headwear," said Mr Tong.

"It is an international standard dress code for all the Isetan stores. It is not fixed, however, and could be subject to review."

He added that the case was "not about discrimination", saying: "If someone had come with pink hair, they would also not have been allowed to stay.

"In this case, the message was not conveyed in the correct manner."

He also clarified that all staff must go through a bag check.

A Tafep spokesman said: "In deciding whether to permit Muslim employees to wear tudungs at the workplace, employers should consider operational and safety requirements as well as prevailing sentiments in their organisations and society in general."

Mr Zainal, however, said retail companies that disallow the tudung "need to explain clearly why they disallow, especially since it does not seem to affect work performance in that sector".