A view of the central business district in Singapore, on May 24, 2018.

Singapore’s Finance Minister Heng Swee Keat has made no secret of wanting some normalcy this year after a coronavirus pandemic-riven 2020 in which he unveiled four budgets – and two supplementary sets of stimulus measures – that added up to nearly $100 billion.

“My wish for this year is one budget,” the minister quipped during an interview with The Straits Times in January, recalling how he had addressed parliament on spending plans an unprecedented six times last year.

On Tuesday, Heng will deliver the country’s budget for the new financial year starting April 1, and expectations among observers are that the 59-year-old, who also serves as deputy prime minister, will emphasise the government’s hopes of avoiding another extraordinary year of stimulus.

While there is no doubt that the current expansionary path of lifting Singapore out of its worst ever recession will continue, analysts said there will be considerable prudence as the government tries to spend within its means and not tap into its vast reserves.

To fund its blockbuster stimulus measures last year, approval was sought from President Halimah Yacob to draw up to $52 billion from these reserves.

But this is unlikely to be repeated and the space for manoeuvre this year is also limited, with government revenue as of November down 25 per cent compared to a year earlier.

Analysts believe another reason for paring back spending is a convention for Singapore administrations to act conservatively in the first years of an electoral cycle, due to a statutory requirement to run a balanced budget throughout a government’s term. While a deficit in the coming financial year is seen as unavoidable, the ruling People’s Action Party’s (PAP) has a track record of running surpluses in the early parts of their four to five year term.

The consensus view among economists who spoke to This Week in Asia was that Heng would unveil a budget with a deficit of between 2.1 to 6.5 per cent of GDP ($10 billion to $32.5 billion).

Manu Bhaskaran, chief executive of Centennial Asia Advisors, said he viewed the “state of the economy” as the main challenge.

“The economy is recovering but remains below potential, so as much as the government may want to go back to a budget surplus, it is constrained as it is still risky to withdraw fiscal support abruptly,” he said.

Nonetheless, observers underscored that there are few other Asian economies that continue to have the reserve fiscal power to withstand more shocks if the Covid-19 crisis continues well beyond 2021.

Last year’s measures, featuring a S$30 billion wage subsidy scheme and a suite of other measures to keep businesses afloat, were “among the biggest support packages in Asia in terms of the proportion of the GDP”, said Yu Liuqing, country analyst at the Economist Intelligence Unit.

Larger neighbours have also sought to save jobs with such spending measures, but face considerable constraints.

Indonesia, for instance, earlier in February raised its Covid-19 recovery budget to 619 trillion rupiah (S$58 billion) from 372 trillion rupiah, though analysts expect the hike will be funded by reallocations rather than fresh spending as President Joko Widodo’s government keeps an eye on debt levels.

Singapore does not borrow to fund operational expenditure, though some government statutory boards have issued bonds on financial markets to finance infrastructure projects such as housing estates and water treatment facilities.

Selina Ling, head of treasury research and strategy at OCBC Bank, said there was little doubt that the government’s 2020 spending was “money that needed to be spent”.

But prudence at this juncture may be the right course of action, she suggested. “2021 will mark a transition year from a health pandemic and recession to a vaccine-aided, albeit uneven, recovery trajectory … As such, the budget priorities and fiscal focus will also migrate from emergency economic firefighting measures to a more normalised budget focusing on more medium term and sustainable fiscal priorities.”

How to spend it

To mitigate the “cliff effect” of abruptly withdrawing support resulting in businesses and people being unable to cope, economists are expecting some schemes to remain, but in a tapered form. One of them is the mammoth wage subsidy scheme which covered all local workers when first introduced last February. Wages were subsidised at a rate of 25 to 75 per cent depending on the industry.

Chua Hak Bin, senior economist at Maybank Kim Eng Research, expected the Jobs Support Scheme to continue until the end of 2021 for those in the most affected sectors such as aviation and tourism related industries, and retail, arts and entertainment.

This nine-month extension, he calculated, would cost $2 billion.

Other economists said a heavy focus was likely to be put on preparing the workforce for the post-pandemic future. 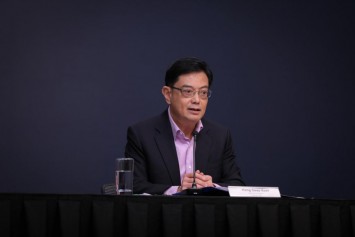 “Some of the jobs lost in the crisis may also never return,” said DBS Bank economist Irvin Seah, adding there was concern that companies would rely heavily on foreign labour when growth picks up and borders reopen, when there still are 109,500 unemployed Singapore residents.

Ling of OCBC Bank said this meant the government had to prioritise building a “Singaporean core” by training and reskilling the local workforce, and that it was unlikely to undo recent tightening of foreign manpower policies.

Chua thought this could be done by enhancing the SGUnited Jobs and Skills Packages that place people into jobs, traineeships and training opportunities. As of October, these had assigned 60,000 jobseekers, and Chua said it was “encouraging” that more than eight in 10 were for jobs rather than traineeships.

For businesses, Seah said the government was likely to “enable companies to leverage on the opportunities that may arise from the recovery”. This meant funds to boost their liquidity, and an emphasis on digitalisation, investing in new technologies and capabilities.

Investments in medium and long term projects are also likely.

Chua said this may entail spending on public infrastructure such as new metro lines and hospitals, grants for the private sector to build up food supply chains within the country, and measures to address climate change.

Economic observers say the budget must also pay heed to the continued economic pains being felt by citizens in the country’s lowest income brackets.

Last August, a study of customer data by DBS, the country’s biggest bank, illustrated just how bad the pandemic’s impact has been on this group. About 75,000 account holders who normally had monthly salaries of under $3,000 had been credited less than half that amount between March and May. 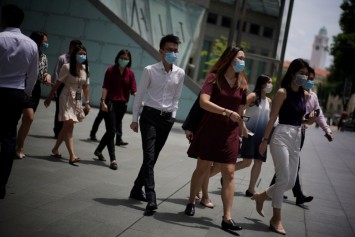 Research by non-government organisation Beyond Social Services released last week corroborated this. It collected data from 1,231 disadvantaged families and found that their median household income fell from $1,600 – already low compared to the national median of $9,189 – to just $500.

The NGO urged policymakers to look at strengthening the employment of disadvantaged Singaporeans, help them with rent or mortgage payments, and issue debt relief.

Recent remarks by Indranee Rajah, Heng’s deputy at the finance ministry, suggest the government is cognisant of these concerns. The minister said the budget would be one of “targeted assistance”.

“The strategy here is to look to see who are the ones who really need help and make sure that the resources that we have are channelled to those in need,” the minister told national broadcaster CNA on Feb 6.