What next for Singapore's foreign policy balancing act amid Ukraine war?

The cleaning and maintenance works will be carried out by the Singapore Tourism Board.

In the hours after Russian President Vladimir Putin declared his “special military operation” against Ukraine on Feb 24, several Southeast Asian nations released carefully couched statements that balanced their concerns about the invasion with a wariness about angering one of the world’s most powerful nations.

Unlike its neighbours, the republic directly named Russia in its statement.

Days later, the Foreign Minister Vivian Balakrishnan announced unilateral sanctions on Russia – only the second time in the country’s history it was censuring another nation without the United Nations Security Council’s approval.

The government’s stout support for Ukraine earned it plaudits on social media across different age groups and political tribes.

However, some – like commentator Tay Kheng Soon – were not pleased with Lee’s administration sticking the country’s collective neck out on behalf of the now war-ravaged Eastern European nation.

Tay, one of the country’s best-known architects, said he had a gripe with the characterisation of Russia’s actions as “unprovoked”.

While he opposed Russia’s military actions, the state of affairs – as he saw it – was that Kyiv did indeed needle Moscow into aggression.

He cited the civilian death toll during the eight years of war in Eastern Ukraine, following Russia’s annexation of Crimea in 2014. He said the Donbas region at the centre of the current conflict had been attacked by Western Ukrainian “neo-Nazis”. 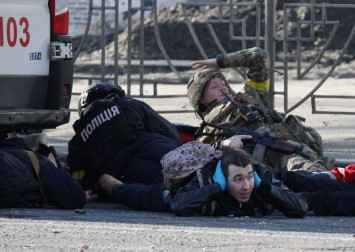 Given Singapore’s roots in Asia and its reliance on both the West and China, the country was in a “difficult position” and it was “not wise of Singapore to take sides”, Tay, 82, said in an interview.

His views are representative of a small but increasingly vocal group of Singaporeans who have openly questioned the wisdom of what they view as the city state’s bandwagoning behind the West against China and its strategic partners.

Other prominent individuals, such as retired newspaper editor Leslie Fong, have also aired such views.

“Let it be known that there are Singaporeans who are not blind to what is going on and can think for themselves,” Fong wrote on Facebook on March 16, attaching his own column in The Straits Times on why China would not join the West against Russia.

A national debate has now emerged over whether the government’s position on Ukraine could hurt Singapore’s national interests. It is a far cry from the status quo, around which the establishment has tended to strongly converge for the government’s viewpoint on foreign policy.

The country’s top foreign-policy thinkers such as Bilahari Kausikan, an ex-foreign ministry permanent secretary, have long argued that for a small city state, it is imperative that domestic political divides are contained “at the water’s edge”.

Bilahari and other commentators said the ongoing divergence of views was normal and was “something to be aware of and manage”, but would not effect a change in policy.

The analysts however emphasised it was important to push back against views with little or no factual evidence.

National University of Singapore political scientist Chong Ja Ian said in regards to the Russian invasion of Ukraine, the promotion of questionable claims “can sow confusion but is not terribly damaging”.

What worries him is that this behaviour indicates a lack of media literacy and a tendency to accept conspiracies.

“A potential adversary can use these qualities to sow fear, confusion, and mutual distrust that leads to paralysis,” he said, adding that this was especially so if such activities were carried out in subtle manner, and on a massive scale.

Dylan Loh, an assistant professor in foreign policy at Singapore’s Nanyang Technological University, said the costs of leveraging misinformation and disinformation as a foreign policy tool would get lower and it was more important than ever to have a well-informed society that can think critically.

While a split exists, the good news is experts do not think it exists on a large scale.

Kausikan said: “As a small country, most Singaporeans are instinctively averse to the idea that might is right and I think, because of national service, understand the need for self-defence against larger countries.”

Loh said he “would not want to overestimate the size of this purported split”, and thought it had been exaggerated. “In my assessment, a majority of Singaporeans are generally supportive of the government in its foreign policy and follow its lead,” added Loh.

A survey by the regional pollster Blackbox Research carried out in early March backs this up.

Of the 1,711 Singaporeans polled, 95 per cent sympathised with Ukraine and 60 per cent backed the government’s sanctions. Just 4 per cent were opposed to the punishments with the rest saying they had no opinion or had not made up their minds.

No one blamed Ukraine for the war, but 13 per cent said the fault belonged to the European Union, the United States, or Nato.

Experts have a few theories on why there is a difference in opinion: a generation gap, the source of their news or an overlap of both. Unfortunately, there have been no studies on this topic.

“Some of the most vocal appear to be older Singaporeans,” said Chong.

Kausikan also pegged it to older Singaporeans “who are ethnic sentimentalists about China”. He said they were “uncomfortable with the position China has taken and so prefer to blame the West”, referring to China’s “no limits” partnership with Russia. “It is a form of intellectual escapism,” he said.

Lin Yuxuan experienced that first hand through a family member. Lin, 24, said his relative spent a decade working in engineering in China from 2005 and saw the country’s rapid growth. Now that the 64-year-old has returned, he only buys Chinese gadgets and consumes Chinese news while being very wary of Western media.

“He told me I shouldn’t trust The New York Times because the Xinjiang internment camps were a conspiracy created by them and all the evidence is fabricated,” he said.

Tay, the architect, does not consume Chinese media, but said there is a generation gap, with older people being “a bit more savvy about the role of Western imperialism” while younger people were influenced by mainstream Western media.

Still, there are outliers. Ang Weilun, 35, works in sales and believes the West was “using the name of democracy to stir s**t”. He supports Russia and said sanctions on Russian oligarchs was a form of cancel culture.

As Lee Huay Leng, the editor-in-chief of a Chinese paper in Singapore, wrote in an opinion piece in Lianhe Zaobao, those who sympathise with China had been driven to take Russia’s side in the war. She wrote that they were agitated by the US’ attitude of “the friend of my enemy is also my enemy”.

Chong said it was common that “media in Europe, North America, and Oceania usually have a variety of different positions across the political spectrum”. He also added that sceptics of his view often turn to Western sources like Fox News and Grayzone.

University of Michigan professor of corporate strategy and international business, Linda Lim, said there was great diversity within Western media and they often carried varied opinion pages. This, she said, contrasted with Chinese media which are controlled by the state.

“So if what you want is to get rid of the ‘slant’, this is not a solution – it just gives you a different slant, and in this case, from media with less frontline reporting and less to no competition among themselves to interpret the events,” said Lim.

The issue is that there is no easy fix. Better media literacy and having resources fact checked would help, but the academics said people were happy reading what reinforces their existing views.

“A habit of maintaining some healthy scepticism to any account until there is independent corroboration is a useful approach,” said Chong. But he said people often seek to confirm their own bias, not seek a differing view.

Besides, not everyone has the mental bandwidth or the time to consume a diversified basket of news, said Loh. He said the view that people should do that was “a privileged vantage point”.

Lim thinks it would help if the Singapore government would liberalise its mainstream media so they can be more independent and thus become more credible.

“A more diverse and independent mainstream media will also make people less dependent on alternative and social media which are not professionally curated, thus allowing and enabling misinformation and disinformation to spread more rapidly,” she said.

Read Also
Offence for anyone in Singapore to travel, or even try to travel, to Ukraine to take up arms in the conflict: MHA 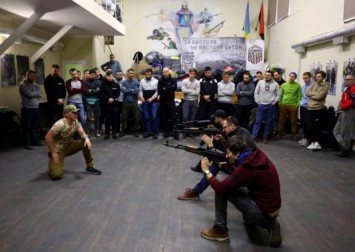 Chong said it was also important that people in Singapore stop seeing things in stark terms of good and bad. This is apparent in some of the pro-Russia viewpoints where “the US and its allies are by nature bad and hypocritical, therefore anything and everything they do is necessarily bad and nefarious. Any actor opposed to them is necessarily good by extension.”

Commentators say the current debate offers important lessons for Singapore on how it should gird against public opinion rifts on foreign policy decisions arising from events farther afield from the city state’s immediate neighbourhood.

Singaporean leaders, including Prime Minister Lee, have said the tough stance the republic has taken against Russia was a principled position ultimately based on its own interests: as a country once part of a larger neighbour, the government is obliged to strongly reject revanchism from taking root anywhere in the world.

While the stakes may be relatively lower in this instance – given that the war is on another continent – a lack of overwhelming public backing for a foreign policy stance surrounding a hot-button issue or conflict closer to home could prove costly.

“You can imagine how efforts to manipulate various rifts and cleavages with the intent of creating confusion, paralysis, or playing up fear can be useful in different ways to various parties,” said Chong.

Writing in The Straits Times on Friday, the veteran columnist Chua Mui Hoong suggested that one way to foster a unity of views on acts such as speaking up against Russia’s invasion of Ukraine was “to look to the north star of what will be in Singapore’s interests, and act from there”.

“This way, such acts are neither ‘pro-West’ nor ‘anti-Russia’ nor ‘anti-China’; they are pro-Singapore, pro-peaceful relations, and anti-acts of aggression that go against principles of international law that we rely on for our survival.”