What Singapore is doing to boost food security, from urban farms to homegrown vegetables

There is a meme spreading around the internet in Singapore : A photo of a plate of rice accompanied by another lump of rice shaped to resemble a chicken drumstick. Thanks to Malaysia’s export ban on fresh chicken, the wealthy city state can only buy frozen chicken now.

Chicken from Malaysia makes up about one-third of Singapore’s total poultry imports, but it is the country’s sole source of 3.6 million fresh chicken every month.

Since the ban was announced, citizens have joked about their access to the de facto national dish of chicken rice – which uses broiled fresh chicken – but the dearth of this food item outlines a bigger problem.

Singapore is heavily dependent on other countries to feed its 5.45 million people, leaving it vulnerable to any disruptions in food supply chains. The country is 170 times smaller than New York City and produces just one-tenth of its nutritional needs, importing everything from fish to pork, vegetables, rice, potato and chicken.

The prime minister recognises this, saying the impact on Singapore was “regrettable”. “This time it is chicken, next time it may be something else. We have to be prepared for this,” said Lee Hsien Loong.

Already, India has restricted wheat and sugar exports, and Thailand and Vietnam are discussing a pact to raise rice prices.

Cognisant of its vulnerability, Singapore had in 2019 embarked on a plan it calls “30 by 30”, which aims to use technology and innovation to produce 30 per cent of the country’s nutritional needs by 2030, thereby cutting down its reliance on food imports.

The programme is still in its early stages, with the government ploughing millions into funding support for farms and for research into urban food production.

Sustenir, for example, has a 40,000 square foot vertical farm growing 240 tonnes of vegetables in stacks each year. The farm says it uses a modular farm design that can “take over any office space in any building”, growing kale, lettuce and spinach.

The island nation has 110 licensed sea-based fish farm sites, and Singaporeans have also been encouraged to grow vegetables at home, with the government distributing 860,000 seed packets to households since June 2020. 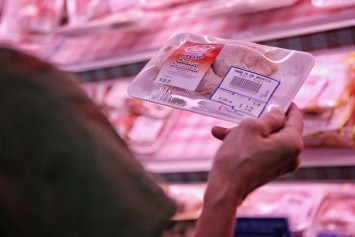 If Singapore does meet the target, the 30 per cent would give the country a good buffer against food shortages, said Sonia Akter, who researches agriculture and food policy at the National University of Singapore’s Lee Kuan Yew School of Public Policy.

And, like prime minister Lee said, “if you can’t buy chicken from one place, you can buy from other countries”.

Singapore’s safety net lies in its deep pockets. The country has one of the highest GDP per capita in the world, said Paul Teng, food security expert from the Centre for Non-Traditional Security Studies at Nanyang Technological University.

“We can compete price-wise to buy scarce resources,” he said. “We have over 170 supplies. This means unless they all agree to stop selling to Singapore, we’ll still have some way to buy food.”

And even though some of the higher costs are passed down to citizens, those in Singapore are also in a more fortunate place than their neighbours.

Singaporean families are among the lowest spenders on food around the world, Teng said. Given the high level of average household income in the city state, families spend just 10 per cent of their income on food. In Indonesia and the Philippines, people spend about 30 to 50 per cent of household incomes feeding themselves.

Deep pockets notwithstanding, experts said it was still important to build up Singapore’s food resilience by diversifying its import sources.

Even if Singapore reached its goal of producing 30 per cent of what it eats, “we’re still 70 per cent dependent on almost 180 countries that we buy food from”, said Teng.

It was a buffer against external shocks, but would not “completely mitigate the risk of disruptions”, said economist Denise Cheok at Moody’s Analytics.

Minimising shocks to food supply would help keep prices down, aiding Singaporeans in lower income brackets who have already reported some form of food insecurity during the pandemic. Just in April, food prices rose by 4.1 per cent compared to March. This was the fastest pace for food price increases since March 2009. 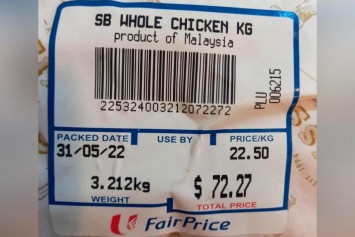 The experts said it was important for Singapore to have a food stockpile. Singapore has about three months’ supply of rice kept in warehouses designated by the government.

It also emerged during the current chicken crisis that local grocer FairPrice has about four months’ supply of frozen chicken and is looking to add another two months’ worth.

Teng suggested for the region to band together to form a food reserve with a range of raw products. Currently, the Asean bloc, together with South Korea, Japan and China, maintains a bank containing 787,000 tonnes of rice earmarked for emergencies.

Another solution is for Singapore to have contract farms overseas.

“This is an effective way to circumvent Singapore’s land constraint yet have greater control over its food supply in times of crisis,” said Akter.

Teng said such farms should be located in countries with net food surpluses so there would not be export controls. “I don’t foresee Australia practising protectionism, or New Zealand,” he said.