Newcastle United are known as 'The Magpies' for their black and white home strip.

A pair of wealthy Singapore entrepreneurs has sparked excitement among football fans with a bid for English Premier League club Newcastle United that, if successful, will see them join the growing ranks of Asian business magnates to have a stake in the beautiful game.

Nelson Loh and Terence Loh, who are cousins, together with Evangeline Shen, a China-educated former banker and lawyer, are co-founders of the Bellagraph Nova Group, which on Saturday said it was in an “advanced stage of negotiation” for the takeover of the club, popularly known as The Magpies for their black and white home strip.

“In addition to the engagement to the Newcastle Football Club and community, Bellagraph Nova Group enlisted [the] help of [former] England captain Alan Shearer and former player Michael Chopra,” it said, adding that it had provided a letter of intent and proof of funds.

“We wish to close the deal as soon as possible and do some big things for the club and for the community. We already have the support of many fans.”

The Loh cousins, former investment bankers, have kept a lower profile than other businessmen such as billionaire Peter Lim who in 2014 successfully bid for ownership of Spanish club Valencia. In media interviews, the Lohs describe themselves as keen to disrupt existing industries and have demonstrated their connections to world leaders including former US president Barack Obama with a photograph of them featured prominently on the group’s website.

The Loh cousins also got Obama to agree to be a keynote speaker at a fundraising gala for four Singapore charities, when the 44th American president visited the city state last December with his wife Michelle for two events organised by the Australian company The Growth Faculty.

Private bankers approached by This Week in Asia did not want to comment on the record about the Loh cousins but Morten Bennedsen, an economics professor at Insead Business School who studies family enterprises, said with more wealth being accumulated in Asia, it was natural that family businesses were investing internationally at a higher frequency, including in sports clubs.

“Asian families and investment groups are more active than they were, say, 10 years ago,” he said.

There were several “motives” for Asian tycoons to make high-profile investments, such as in European sports clubs, he said.

Besides acting as a springboard for their businesses to go global – being able to enjoy an explosion of publicity with airtime on television worldwide – some family enterprises also saw such investments as a statement of achievement and a symbol of status.

“For some investment it can be a way of exposing previously unknown wealth in Western circles,” added Bennedsen.

“More rarely, it can be a good investment in itself. Buying a sports club that goes on to have success can easily double the return after a few years.” 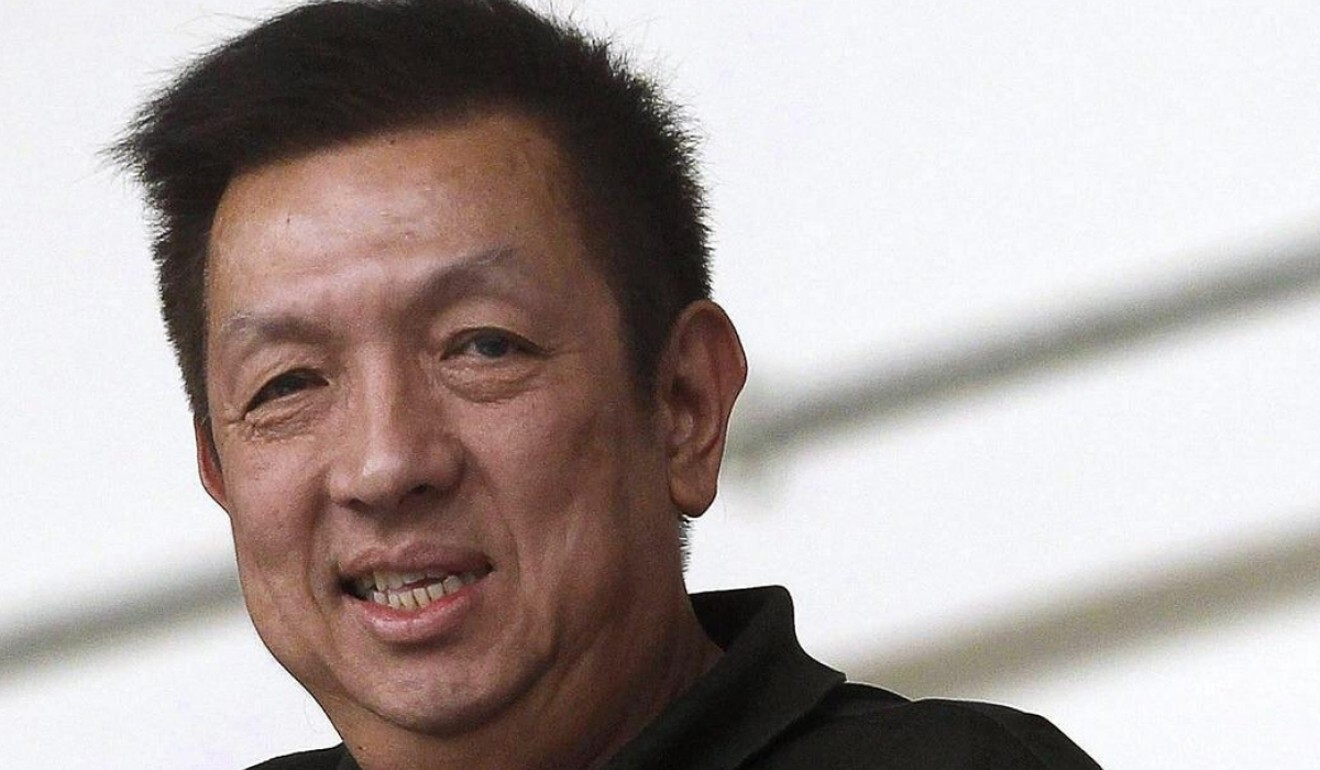 But investments in foreign sporting ventures can attract controversy. Lim is now facing calls from Valencia fans to step down, even though he was seen as a white knight just six years ago. Fans have criticised him for negligence in managing the club, its poor results and the sale of its top players.

His daughter, Kim Lim, has also drawn flak for a now-deleted comment that she posted on her Instagram profile, which said that “the club is ours and we can do anything we want with it and no one can say anything”.

One possible reason for the uproar could be due to a “valid” concern of xenophobia in cases where Asian families swoop in to buy European clubs, said R. Sasikumar, a former Singaporean footballer who now heads sports marketing agency Red Card Global. Football fans tended to be emotional and vocal, he said, but few knew how football clubs were run.

This could possibly be a fresh point of contention if the Singapore-backed Bellagraph Nova Group successfully took over Newcastle, the English Premier League club founded in 1892, he added. “It’s a huge club. It’s not just an English club but a global club with a fan base around the world,” said Sasikumar.

But Sasikumar struck a note of confidence in the trio, saying that in reaching out to Shearer – a former star player and manager of the team – they were “aligning themselves with club legends”.

“I think that’s a good start but how they govern the club and how they run the club is yet to be seen, and I’m not quite sure if they have experience in the sports business,” he said.

“But I’m definitely saying that there is going to be a fraction of the fans that will feel … this xenophobia [with] foreigners coming to take over the football club, [and] there will be some sort of apprehension but I suppose it’s the job of the investors now to win over the fans.” 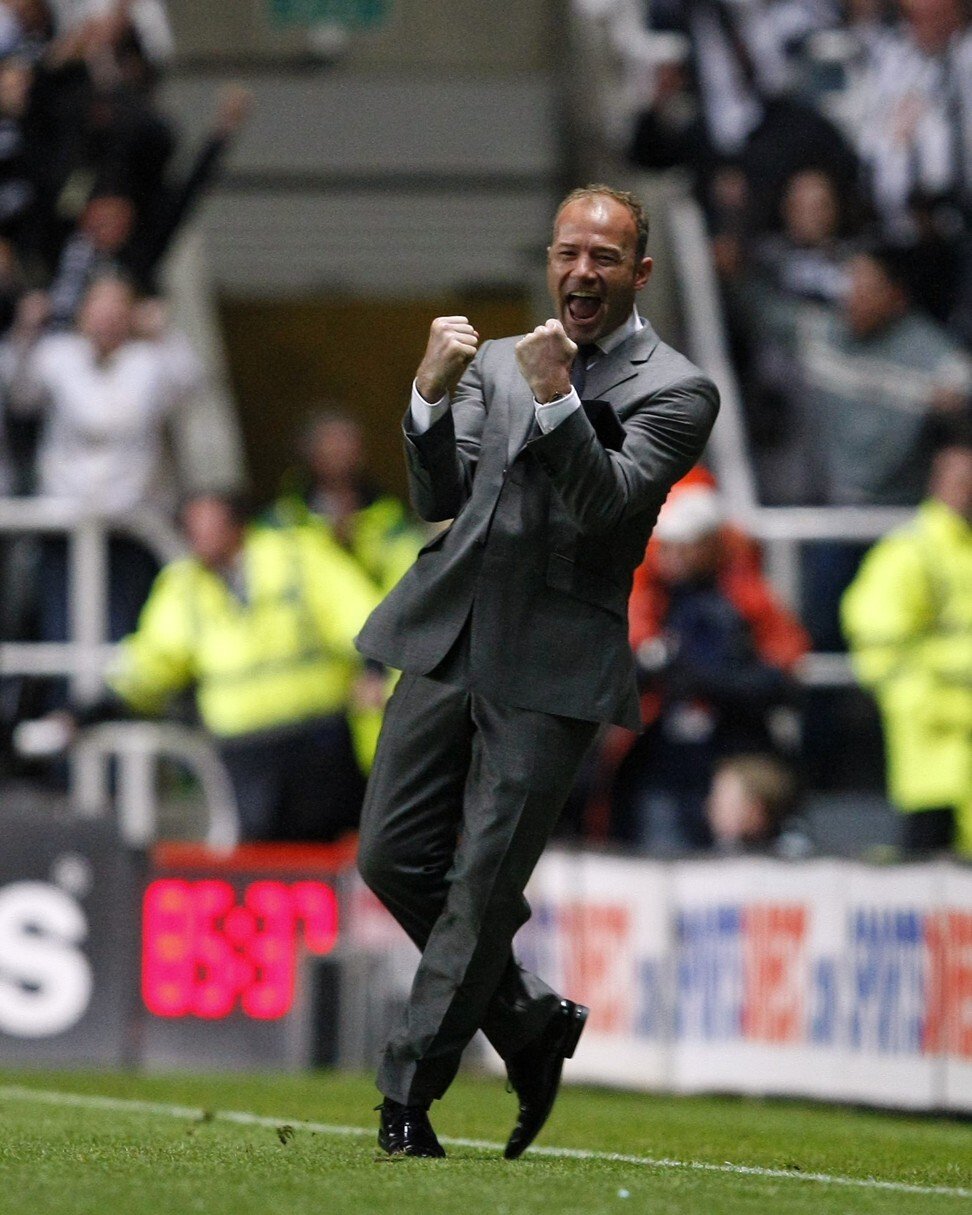 In the media statement on Saturday, the group said its co-founders were “willing to massively contribute to the development of the club through their solid and international structure and a combined business/sport devoting mindset”.

While the Lohs’ personal wealth is a matter of speculation, the Bellagraph Nova Group website states that it owns 31 brands across 100 countries in fields ranging from health care to finance to sports and real estate, and it is said to have hired 23,000 employees. It made US$12 billion of sales last year.

Headquartered in Paris, the group is the result of a merger in July between two entities, Bellagraph Group and the DORR Group. The former is a multinational company founded by Shen, and is most-known for its subsidiary Bellagraph Jewelry, while the latter counts the Loh cousins as its founders and was worth over US$4 billion at the end of 2019.

One of the main subsidiaries of the DORR Group is the Singapore-based Novena Global Lifecare, a health care and aesthetics group which, according to its website, has a network of more than 250 branches in over 20 cities. It also offers DNA testing for diagnosis of inheritable diseases as well as stem cell treatments, among other services.

Before the merger, Nelson Loh, who has a bachelor’s and master’s degree in economics from Cambridge, worked as an investment banker at JPMorgan Chase for close to a decade in London, Hong Kong and Singapore, according to his LinkedIn profile.

Terence Loh listed Santa Clara University and Harvard Business School as his alma mater, and he sits on the board for several organisations, including the investment firm Cedarlake Capital as senior adviser.

Meanwhile, Shen studied at the Fudan University and the Renmin University of China before working as an investment banker at Morgan Stanley. She was later senior vice-president at securities firm Haitong Securities, and is still senior partner at Jin Mao Law Firm, according to her LinkedIn profile. 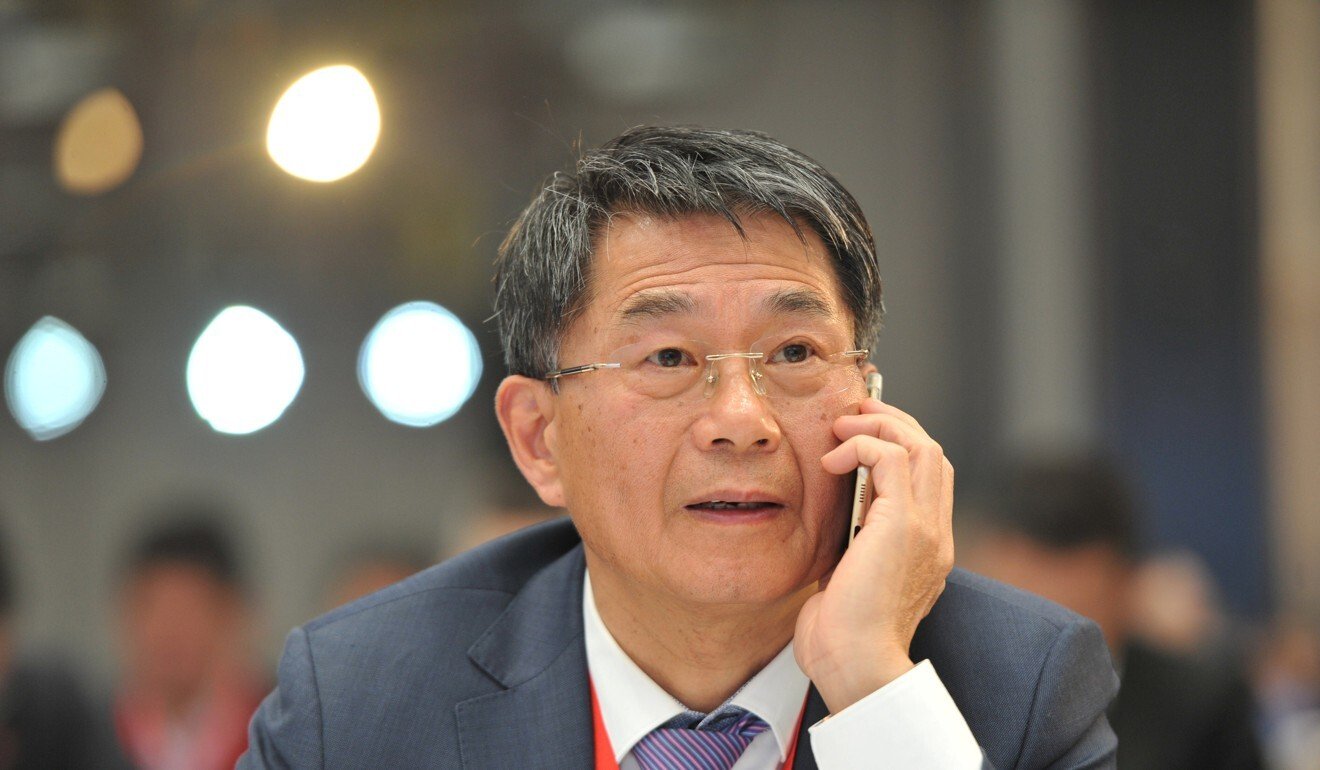 If the Loh cousins succeed, they will join the ranks of wealthy Asians including Thai and Chinese tycoons holding stakes in sports clubs.

Malaysian businessman and investor Vincent Tan Chee Yioun owns a majority stake (51 per cent) in Welsh football club Cardiff City. Tan, the founder of the Berjaya Corporation, has an estimated worth of US$750 million, according to Forbes, and also has stakes in Bosnian club FK Sarajevo, Belgium side KV Kortrijk and is part of a group that owns Los Angeles FC in the United States.

Meanwhile, Thailand’s Srivaddhanaprabha family owns the English club Leicester City. The late Vichai Srivaddhanaprabha, who died in a helicopter crash soon after taking off from the club’s King Power Stadium, was the chief executive and chairman of Thai conglomerate King Power Duty Free. 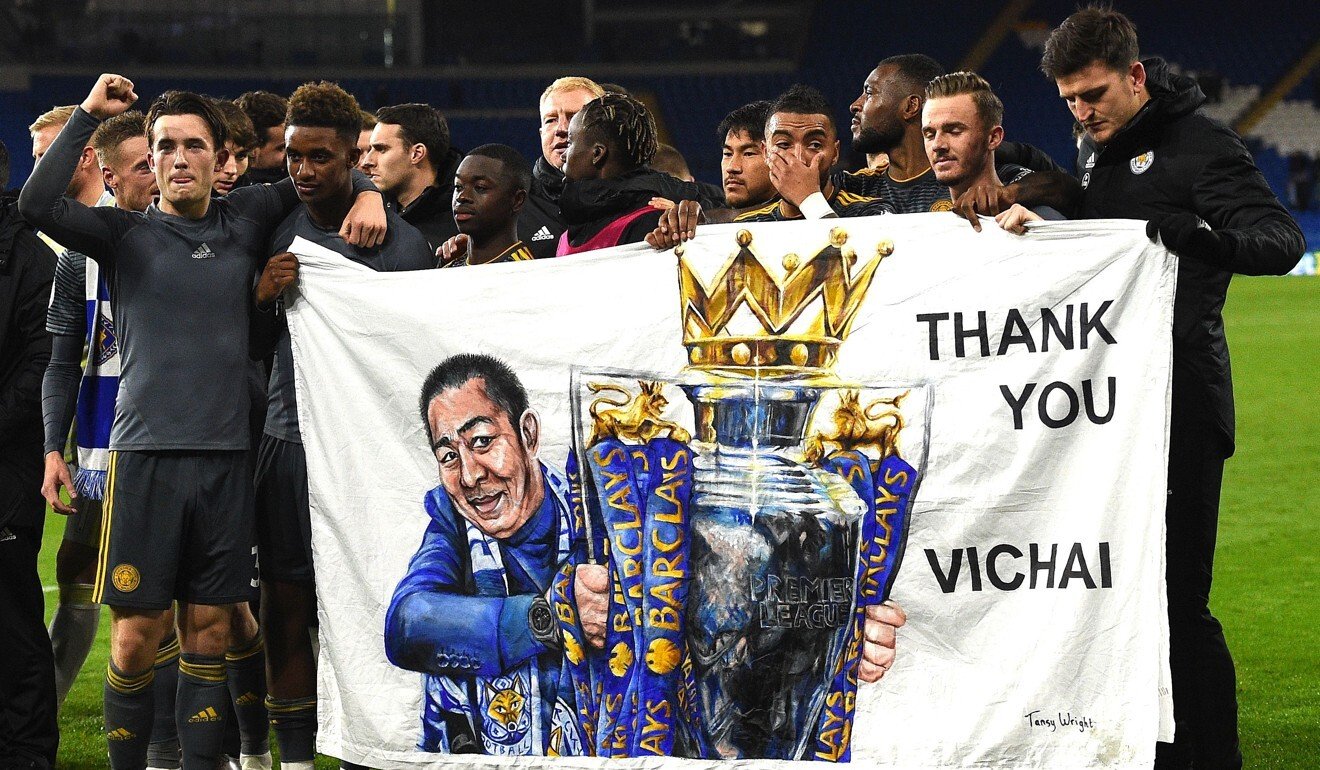 This trend of Asian money flowing into sports clubs and franchises was here to stay, said Sasikumar, the former Singaporean footballer.

He said families in the midst of a transition of power and wealth to a younger member were “always looking for something that is exciting, something that is a bit more sexy”. Football clubs and sports franchises fell into this category, he said, pointing to increasing Asian ownership of Spanish and Italian sports clubs.

“Traditional businesses want to make sure that they tap and harness the cultlike following for the football club and monetise that, and perhaps flip the club later on,” added Sasikumar.

Fans of Newcastle United felt comforted by the bid. Terence Ong, a 34-year-old marketing manager in Singapore, was “hoping for the best but expecting the worst”.

While he was heartened to see interest in the club, it was not the first time there had been reports of takeover bids. “I think I will hold off the champagne and party poppers for now until there is an official statement,” said Ong. “As a sports fan, it is nice to see fellow Singaporeans involved in the elite level of sports, no matter on the field or in the boardroom.”

Sasikumar also felt it was exciting to see Asian representation in European football. “This being a Singaporean group that is bidding for Newcastle makes it even more exciting in a sense that perhaps there might be a knock-on effect on the local football scene,” he said.