You may think that leaving a young child behind in the car for a few minutes is harmless, but that's a dangerous misconception.

In a video clip that was shared on Facebook last Sunday (Aug 13), the Singapore Civil Defence Force deployed officers to rescue a five-month-old baby who was locked in a car for about 20 minutes.

Although the child was found unhurt when his father carried him out, local netizens were quick to criticise him.

Did the public overreact? There is a good reason to be cautious as there have been several reports this year of children losing their lives in similar incidents.

While Singapore does not experience heatwaves, the hot and humid weather can still cause children to suffer from heat stroke when left unattended in a stationary vehicle.

A heat stroke occurs when a person's body temperature rises to 40 degrees Celcius or higher, according to Mayo Clinic.

He or she may experience symptoms such as thirst, sweating, rapid breathing, dizziness, and nausea.

Heatstroke is the most severe form of heat injury and a medical emergency. If left untreated, it can cause organ damage which may lead to death.

Children cannot regulate their body temperature as well as adults, medical experts say, and they are vulnerable to suffocation and heat stroke because they are unable to get out of an overheated car.

So, how does it feel to sit in a stationary vehicle for 20 minutes?

Several people, including policemen and veterinarians, have filmed videos where they shared their firsthand experiences of sitting in an overheated car.

Within minutes, they start to feel the effects of the heat, such as profuse sweating and elevated body temperature.

On April 21, a six-year-old boy in Malaysia died from heat stroke after he was left in a stationary van for three hours. The van driver had not noticed that he was still in the vehicle when he locked it. 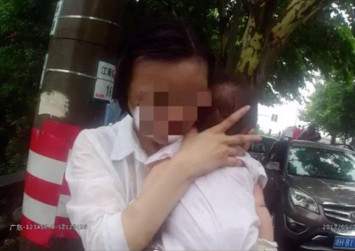 In another incident, a mother in Texas, United States, left her two toddlers overnight in a car. The girls died on June 8, shortly after they were taken to a hospital for medical attention.

Whether the children were trapped in vehicles by accident or not, such tragedies could have been prevented if their guardians were more attentive.

Before exiting your vehicle, always look over your shoulder to check if your child or pet is in the back seat, experts advise.

You should never leave children unattended in a car, even if the windows are open or the air conditioning is on.