Why NCMPs were not given equal voting rights 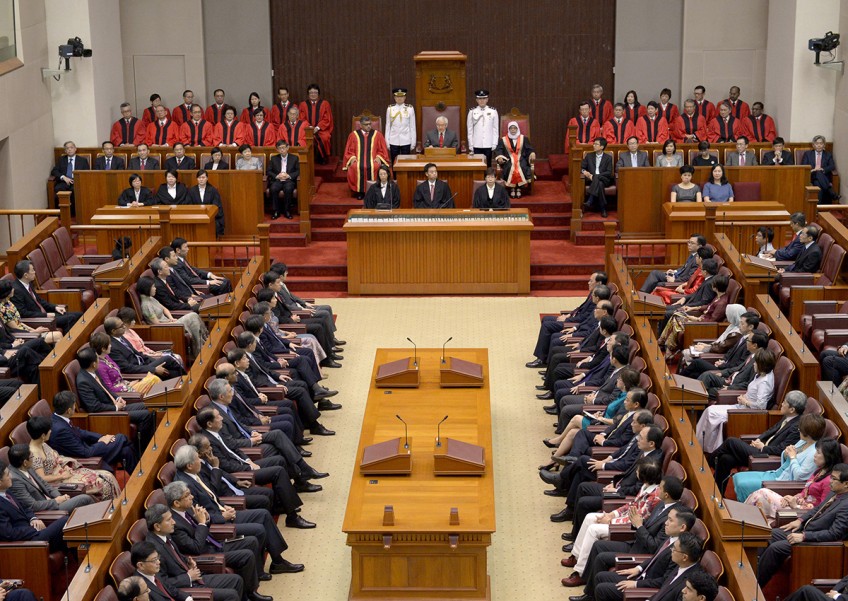 In 1984, then Prime Minister Lee Kuan Yew was concerned about the possibility of a split in the ruling party leading to a motion of no confidence in the House.

In such a situation, he felt that Non-Constituency MPs (NCMPs) should not have a say in determining the Government under the scheme introduced the same year.

Prime Minister Lee Hsien Loong yesterday recounted this in Parliament, as he explained why NCMPs were not given voting powers in Parliament equal to those of their elected peers.

But the Constitution will be amended within this term of Parliament to give NCMPs the same voting rights as elected MPs, he said.

This means they will soon be able to vote on five matters: constitutional changes, Supply Bills on government spending, Money Bills that deal with issues like taxation, votes of confidence, and motions to remove the President from office.

The Prime Minister yesterday recounted to the House Mr Lee Kuan Yew's reasons for not giving NCMPs equal voting rights: "Mr Lee would still have fresh in his mind the memory of what had happened in 1961, when the extreme left wing split off from the PAP and formed the Barisan Sosialis, and the PAP hung on in the Legislative Assembly with a one-vote majority.

"I think Mr Lee must have been conscious that, even in 1984 within the PAP, there was opposition to the pace of leadership renewal, which could have led to a leadership challenge," he said, referring to the ruling People's Action Party.

At the General Election that year, a team of third-generation leaders - including himself - was due to enter politics, PM Lee said. He added that there were "very strong different views within the PAP on whether this was going too fast and it was not to be ruled out that there could have been a challenge".

The Prime Minister yesterday said that it was time for the rules to be relooked today, some 32 years since the scheme's inception.

Although he has a cohesive team, he said: "We will never rule out the possibility of leadership change or challenge within the ruling party."

This has happened regularly in countries such as Australia and the United Kingdom, he said.

In the United Kingdom, for example, former prime minister Margaret Thatcher was challenged and ousted. And Mr Tony Blair, who led the country from 1997 to 2007, left because "he knew if he didn't leave, somebody would challenge him and he would be pushed out".

"We cannot rule this out from happening in Singapore," Mr Lee said.

"But if we accept that NCMPs have as much of a mandate... then I think, even in the case of the vote of no confidence and the other restricted matters, we can make the case and I will make the case that they should not only be allowed to speak, but to vote."

This article was first published on Jan 28, 2016.
Get a copy of The Straits Times or go to straitstimes.com for more stories.

[[nid:251629]]
SUBSCRIBE TO OUR NEWSLETTER
Your daily good stuff - AsiaOne stories delivered straight to your inbox