Will policy changes reap political dividents? It's hard to say 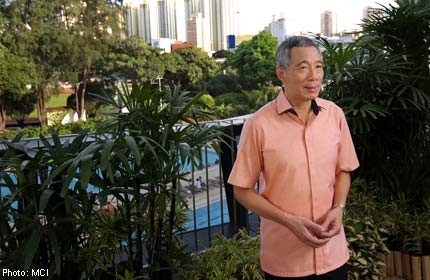 SINGAPORE - No sooner had Prime Minister Lee Hsien Loong delivered a National Day Rally (NDR) speech that he said heralded a "major shift", than the opposition Workers' Party characterised it as a step in their direction.

From removing the age limit and exclusions on MediShield insurance, to shortening loan tenures to calculate the affordability of HDB flats, the WP said these were policies it had "long advocated for".

This highlights a new dilemma for the ruling party in enacting measures desired by a large majority of voters.

These may not automatically pay off in increased support as in the past, as they come in the wake of consecutive electoral defeats - last year's Hougang by-election, and this year's Punggol East by-election.

As National University of Singapore Associate Professor Reuben Wong puts it: "There are two possible responses from the voter: the PAP is doing the right thing, so I should support them; or to get the PAP to do this, vote for the WP."

While observers say it's too early to tell which way the scales will tip, there are several factors which they say brighten the picture for the PAP.

First, some of the new policies, especially in health care, will satisfy those who swung away from the PAP for tangible, bread-and-butter reasons, which new policies like MediShield Life now address.

Institute of Policy Studies senior research fellow Gillian Koh cites baby boomers as one such group. In a post-2011 GE survey the IPS did, this group evinced a shift away from supporting the political status quo. A big reason, she argues, was their concerns about health-care bills and burdening their children.

The new policies would then, in reassuring this group, regain some political ground for the Government. And with citizens 65 years and over projected to triple to 900,000 by 2030, the silver voting bloc is set to be a force to contend with.

A second factor is that the PAP's leftward shift puts it and the WP ideologically close together, note observers.

This arguably leaves the WP without a clear ideological brand that other opposition parties, like the Singapore Democratic Party (SDP), have. The SDP's platform centres on civil liberties and equal rights.

Some PAP politicians hope voters take away another message. Embedded in the NDR address, whether in its largesse or in expansion plans for airports and ports, "is the message that all this is only possible if you have some form of certainty that the Government of the day does not have to worry about being returned to power", says veteran PAP MP Charles Chong.

He cites seeing an unfinished flyover during a recent trip to Sri Lanka; the project was halted by a new government coming into power.

"One of our major advantages is that we can plan long-term without worrying about a new administration taking over," he says. "That is what PM meant when he said that all of this is only possible if we get our politics right."

Still, after the NDR, some commentators believe the lack of liberalisation in the political sphere will continue to grow support for the opposition. Even as it moves broadly to the left on social policies, the PAP's overall approach remains archly conservative, they say.

Its big shift so far has been confined to spheres like education and health care, while legislation that liberals loathe - like the Internal Security Act, or the Newspaper and Printing Presses Act - remain unchanged. Some bloggers have argued that the Government, whether in announcing licensing restrictions for current affairs websites or pursuing legal action against bloggers and online satirists, has lately tightened the space for political debate even as it slays sacred cows in the social sphere.

But most observers say it is premature to conclude that the Government thinks that those agitating for greater civil liberties are a noisy minority who can be safely ignored.

"This is a party that is used to proceeding cautiously because it has nurtured a political culture that is prepared to tolerate (only) incremental changes," says former Institute of Southeast Asian Studies academic Russell Heng.

"That structure is coming apart and it knows some of that old caution must be thrown to the wind in all areas. If there is a lack of synchrony in the pace of change between sectors, it could well be circumstantial factors like the individual civil servant or minister dealing with each case in hand."

NUS' Dr Wong says unlike in areas like health care, where clamour for more support has been overwhelming, "there isn't the same broad pressures on civil liberties yet. They are responding to what is the most urgent first".

Former Nominated MP Zulkifli Baharudin sees the supposed signs of the ruling party clamping down on debate as a function of it being put on the back foot by the bruising political environment of the last three years. "But if PM Lee is successful in seizing back the political agenda with this NDR, then there is less temptation to be difficult in handling some of the thorny issues like online discussions. It's only if you don't feel that you are in control that you have to... react strongly to everything," he says.

This NDR represents the PAP's boldest move since 2011 to seize back the initiative but if voters believe the party was forced into changing, it may not reap the political dividends it deserves.