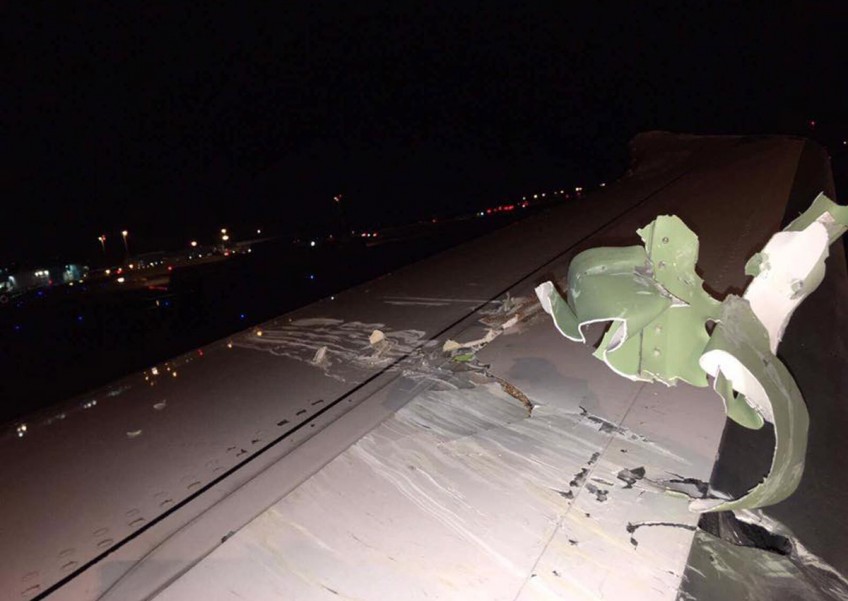 Stomp reader YM alerted citizen journalism site Stomp to a collision between an Emirates plane and a Scoot plane this morning (Mar 30) at about 2am in Changi Airport Terminal 1.

The accident happened as the Emirates plane was en route to the runway.

Just as the plane was reversing out of the gates, its wing collided with a Scoot plane's wing.

"The Scoot plane came in quite close, so I thought maybe it had broken down or something.

"There was a sudden jerk on the plane.

"It felt like we had gone over a really big pothole."

The Changi Airport Group (CAG) has issued an official statement on the incident:

"We have confirmed that an on-ground incident happened early this morning between Emirates EK405 that was bound for Dubai and Scoot TZ188 which was bound for Tianjin.

"A wing of each aircraft came into contact as they were respectively preparing for departure.

"There were no injuries.

"Passengers on TZ188 were moved to a different aircraft, while passengers aboard EK405 were re-booked on other Emirates flights scheduled to depart later today.

"CAG is investigating the incident and are working with the authorities on this."