SINGAPORE - Angry that a sick 15-month-old boy under her care had refused to swallow his medicine, a babysitter slapped the child's face, causing it to turn red.

The woman later lodged a police report to try to absolve herself from blame, claiming that the redness was caused by an unknown man slapping the baby.

The 41-year-old babysitter was sentenced to six weeks' jail on Thursday (March 21) for one count each of assault and giving false information to a police officer.

She cannot be named due to a gag order to protect the boy's identity.

The court heard that the woman had been taking care of the baby in her home since November 2017.

The boy's father would drop him off at 8am every weekday before taking him home 12 hours later.

When the father took him to the babysitter on Jan 24 last year, the boy had a cough and had to be given medicine about four times a day. 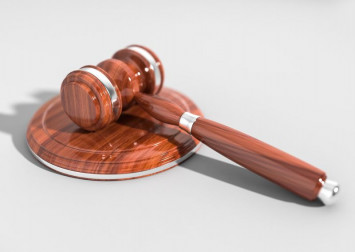 At around 11.30am, she tried to feed him some medicine but he cried and spat it out.

Deputy Public Prosecutor Pavithra Ramkumar said: "Upon seeing this, the accused became angry and used her right hand to slap the left side of the victim's face. The victim stopped crying and ate the... cough medicine prepared by the accused."

While cleaning the baby's face, the babysitter later realised the left side of his face had turned red.

To cover her tracks, she decided to lodge a police report at around 4pm that day.

The woman told a policeman that she was pushing the boy in a stroller at a sheltered walkway in Woodlands when an unknown man walked towards them.

She also claimed that she heard "the sound of something being slapped" and saw the man running past them.

The woman then told the officer that she noticed a red mark on the baby's face.

She changed her story about an hour later, this time claiming to the police that the baby had fallen off a bed.

The babysitter admitted slapping the child only on July 18 last year.

For assaulting the boy, she could have been jailed for up to two years and fined up to $5,000.

For giving false information to the police, she could have been jailed for up to a year and fined up to $5,000.