Woodlands checkpoint to be extended 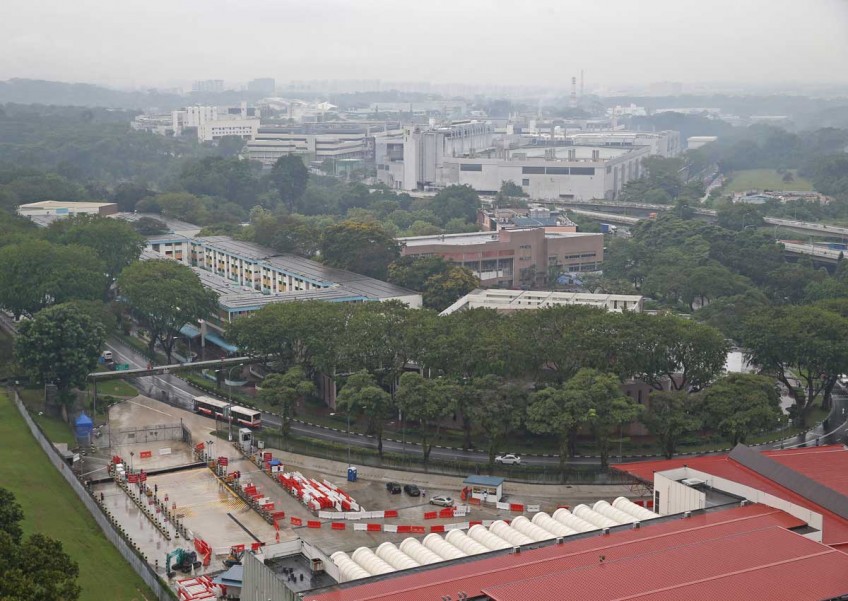 Aerial shot of the OWTC. The Immigration and Checkpoints Authority announced today 30 Mar 2017, that an extension of the Woodlands Checkpoint (WCP) will be built at the Old Woodlands Town Centre (OWTC), as part of its efforts to upgrade the WCP. Two lots of private land within the OWTC, (centre right, behind brown building) the former Woodlands Theatre and Woodlands Point , will need to be acquired to build the extension of WCP. The Singapore Land Authority has gazetted the acquisition of the affected land today.
The Straits Times

Woodlands Checkpoint, currently among the world's busiest land crossings, will be extended into the nearby Old Woodlands Town Centre as part of efforts to accommodate growing traffic needs and ensure secure immigration clearance.

Two lots of private land - one housing Woodlands Point and another a disused cinema - were acquired by the state yesterday for the extension, said the Singapore Land Authority (SLA).

The acquisitions will enable upgrading works to be progressively carried out at the checkpoint without compromising operations, said the SLA and Immigration and Checkpoints Authority (ICA).

"Since the opening of the (Woodlands Checkpoint) in 1999, traveller and vehicle volumes... have been increasing over the years while the security threat has heightened significantly," said the statement. "The (checkpoint) has to be upgraded to meet growing traffic needs and ensure that immigration clearance remains secure."

Along with the Tuas Checkpoint, it is among the world's busiest now, clearing up to 400,000 travellers daily. This touches 430,000 during festive peak periods.

The two lots acquired - each measuring 1,632 sq m - are to the east of the checkpoint and located at 268 and 270 Woodlands Centre Road, respectively.

ICA is conducting a feasibility study to determine the optimal design of the checkpoint extension and the extent of upgrading and redevelopment works required on the facility.

This will take into account the capacity of the checkpoint, overall traffic flow and upcoming developments such as the Johor Baru-Singapore Rapid Transit System, said ICA.

An agreement on the Rapid Transit System, a quick shuttle service from Johor Baru via Singapore's upcoming Thomson-East Coast MRT line, is set to be inked next year.

The latest acquisition will affect a total of three lessees and 14 tenants, said the SLA, adding that the HDB is the head lessee of both properties.

"Market value compensation as at the date of gazette will be paid," said a spokesman, adding that those affected will have 18 months, up to Oct 1, 2018, to hand over the properties.

"SLA will work closely with the affected lessees and tenants, and assist them throughout the acquisition process."

Among the lessees is C.J. Management & Development, which runs Woodlands Point. The company did not respond to queries on the acquisition yesterday.

The announcement did not come as a surprise to most tenants and residents, who had noticed growing traffic jams in the area as well as thinning business at the sites being acquired.

When The Straits Times visited the affected areas yesterday, only seven shop units at Woodlands Point were open.