World has changed and S'pore needs to change with it: MPs 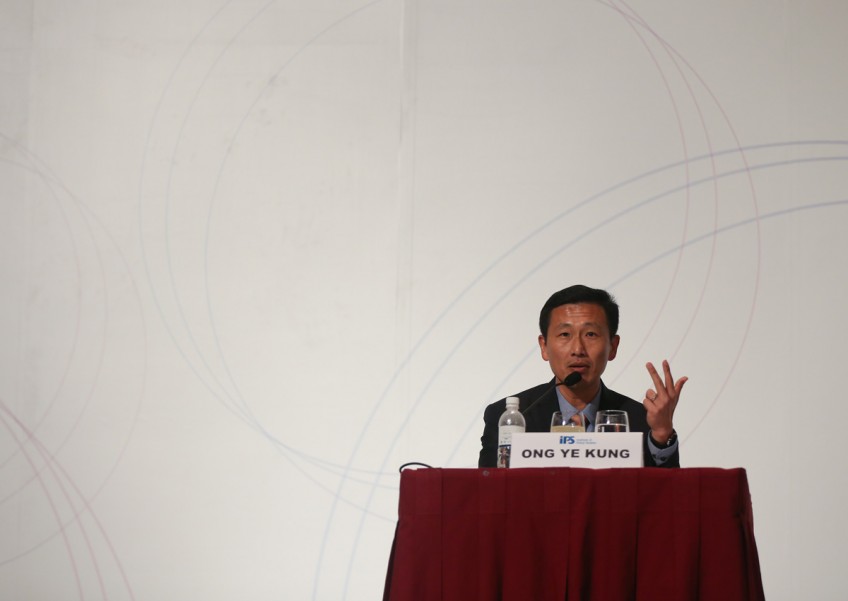 Singapore needs to evolve to keep up with the changing world and cannot cling tight to the old ways that have brought the country to where it is today, said MPs in Parliament yesterday.

As the country enters its next phase of development, it should relook its economic growth strategies and style of making decisions, said Acting Education Minister (Higher Education and Skills) Ong Ye Kung.

Mr Ong, first of the next-generation leaders to speak in the debate on the President's Address, added: "Evolution is absolutely necessary because no city stays successful by standing still. Animals develop sharper claws, longer beaks and harder shells in order to survive."

Likewise, Singapore must develop new traits to survive in a more complex and competitive world.

But as it evolves, it should hold fast to some principles, and he cited three: integrity, meritocracy and an openness to the world.

Mr Ong was among 17 MPs who spoke yesterday, the first day of the debate. Keenly aware of the global economic slowdown and the terrorism threat around the world, they suggested ways for Singapore to deal with these challenges.

Mr Ong noted that Singapore's top trading partner and export destination - China - is transforming its economy, with the focus shifting from growth to quality of growth. Also, it produces more of its own goods and imports less from South-east Asia, and this has hit Singapore exports.

Singapore needs to find its footing in this new configuration and look at China for new business opportunities, said Mr Ong.

"We must be able to understand, bridge, and operate across different cultures. We must have depth in know-how and skills, so that wherever we go, our expertise is valued," he added.

Agreeing, Mr Vikram Nair (Sembawang GRC) said this was crucial if Singapore was to keep growing in the "global economic malaise".

Amid these shifting sands, Singapore must make the right judgment calls. Mr Ong urged the Government to exercise greater discretion and adhere less strictly to rules, as "the world is now too complex to be reduced to rules and numbers".

Such changes are happening, he noted, citing how social assistance schemes are means-tested but each application is also qualitatively assessed. "Who is to say a person earning $2,500 with two aged and sick parents to support is less deserving than someone living alone, earning $1,500?" he said.

Similarly, while awarding public tenders, officers look at not only price, but also the overall proposal.

This well-calibrated, greater exercise of judgment must permeate throughout government over time, said Mr Ong.

He and other MPs also spoke of the need to reinforce a common national identity, shared by all.

This common identity is drawn from Singapore's diversity, he said, calling on Singaporeans to live together harmoniously.

"As MPs, we knocked on the doors of many HDB units. Just within one block, I stood before homes with Quran verses, crucifixes, joss stick urns, statues of Ganesh fixed around the front doors," said Mr Ong.

Security was a top concern among most of the 17 MPs, eight of whom were fresh faces from last September's general election.