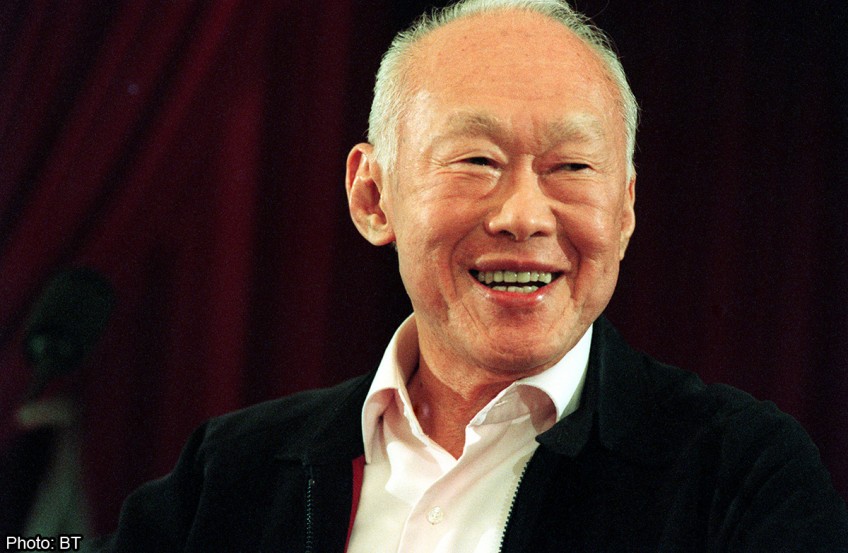 The tributes continued to flow yesterday for Mr Lee Kuan Yew as the world pondered his contribution to regional peace and his models of governance and development that were often held as a beacon to leaders in many parts of the globe.

"He laid a concrete foundation for the development of every aspect of Singapore, based on good governance and morality. He put public interest above self," General Prayut said in an interview yesterday with The Straits Times and Channel News Asia, expressing his condolences to Singaporeans.

More names are expected to be added to the list of dignitaries travelling to Singapore, as Asia shows its respect for the last of the titans who helped deliver their people from European colonial rule and set the region on course for rapid development.

Yesterday, Australian Prime Minister Tony Abbott and Japanese Prime Minister Shinzo Abe were at the respective Singapore missions in their countries to sign condolence books, one of which is set to be opened in Washington's Capitol Hill today.

"I have always benefited from my conversations with him," he said in a clip posted on his Twitter account. "In every one of those meetings, he always gave me valuable motivation and advice for the success of Indonesia."

Dr Yudhoyono also noted that Mr Lee was one of the founding fathers of ASEAN.

"Mr Lee had been a key figure in the remarkable transformation of South-east Asia into the peaceful, dynamic community that it has become today. He will be sorely missed, not just by Singaporeans but by Indonesians and South-east Asians."

ASEAN also bowed in respect to Mr Lee, who helped guide it through its formative years.

In a letter to PM Lee, ASEAN secretary-general Le Luong Minh acknowledged Mr Lee as one of those "instrumental in the establishment of the Association of South-east Asian Nations" in 1967.

Singapore is one of ASEAN's five founding members and, together with the other leaders, he guided the grouping in its formative years, the letter noted, going on to add that he "has left a lasting legacy not only for Singapore but also for ASEAN and he will be greatly missed".

The other founding members are Indonesia, Malaysia, the Philippines and Thailand. Brunei, Cambodia, Laos, Myanmar and Vietnam joined later.

In Laos, the first to send condolences was Prime Minister Thongsing Thammavong when the Singapore embassy opened a condolence book within hours of Mr Lee's passing.

Yesterday, Deputy Prime Minister and Foreign Minister Thongloun Sisoulith drove to the embassy to record his government's condolences. In the Philippines, Finance Minister Cesar Purisima and dozens of diplomats signed the condolence book.

Mr Lee's impact reached into some of the unlikeliest spots of Asia, one of which was the hinterland district of Tiruvarur in southern India's Tamil Nadu state, which has sent many workers to Singapore. Condolence banners to mourn him were put up on streets and small meetings were held.

"Lee is like the Himalayas. He is a tall leader who eradicated poverty from many Tamil families. Our deepest condolences," read one banner, while another called him "the real protector of Singapore".

In Kuala Lumpur, Democratic Action Party chief Lim Guan Eng drove to the Singapore High Commission to record his respect for Mr Lee. He was accompanied by a host of senior party figures.

"I think his sheer willpower, some say through iron and blood, transformed Singapore from a Third World to First World nation."

Singapore's model of development has often been sought for replication. For instance, many consider Dubai's Jebel Ali Free Zone, which opened in 1985, as having been deeply influenced by Singapore's port and industrial parks.

Yesterday, Sheikh Mohammed Rashid Al Maktoum, the development-focused emir of Dubai and Vice-President and Prime Minister of the United Arab Emirates, hailed Mr Lee as a "truly great leader" and "my dear friend".

"The strength of his fighting spirit and the depth of his wisdom charted a new path for his country," Sheikh Mohammed said in a condolence message. "Lee Kuan Yew will be deeply missed."