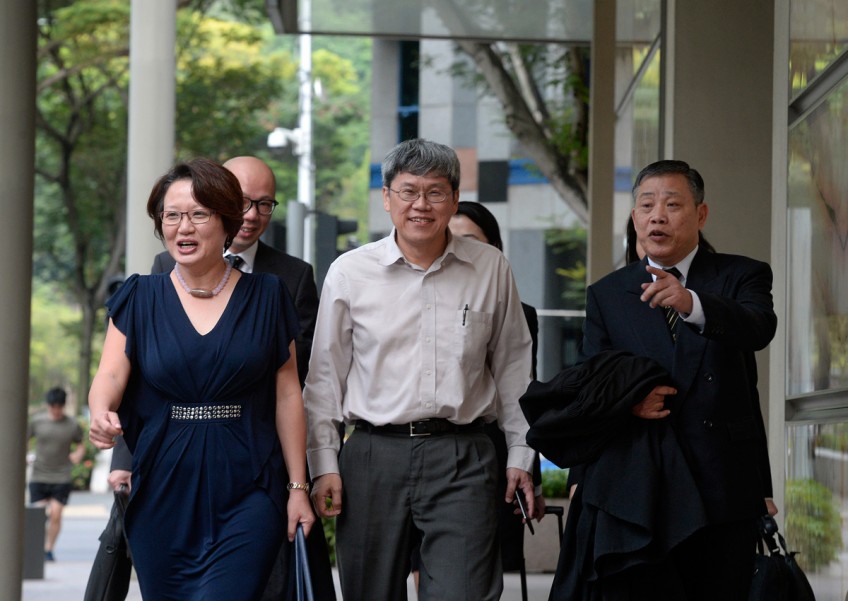 SINGAPORE - The Workers' Party (WP) on Monday took issue with Punggol East MP Charles Chong over his comments about the transfer of sinking funds to the opposition party when it won the single-member constituency in a 2013 by-election.

The party said that contrary to Mr Chong's claim that the People's Action Party-run Pasir Ris-Punggol Town Council (PRPTC) transferred $22.5 million to the former Aljunied-Hougang-Punggol East Town Council in 2013, these were actually paid in instalments over 20 months ending in September 2014.

Mr Chong said this to The Straits Times last Thursday when asked about a National Development Ministry announcement that it would release previously-withheld government grants to the WP-run town council after it appointed new accountants and agreed to safeguards to ensure proper use of the money.

The town council will get $12.9 million, while another $1.8 million will go to Punggol East, now managed by PRPTC after the PAP won the constituency back in last year's general election.

Aljunied GRC MP Pritam Singh, chairman of the renamed Aljunied-Hougang Town Council (AHTC), said in a statement on Monday that Mr Chong's comment was "factually incorrect" as PRPTC made the final sinking fund transfer only in 2014.

Separately, he said it was "odd" for Mr Chong to say that with Punggol East coming back under PRPTC's umbrella, the town council had so far only received an "interim amount" of $10 million in sinking funds from AHTC due to them.

Mr Chong had acknowledged that the exact amount is still being worked out, but called for the funds transfer to be settled soon "as we have to get back what is due to us to be fair to the residents".

Mr Singh also said on Monday that just as PRPTC transferred the sinking funds in tranches between 2013 and 2014, "AHTC will transfer all sinking funds due to Punggol East SMC in instalments".

"We will work closely with our auditor to ensure that all sinking funds - after accounting for any expenditure on Punggol East SMC from 1 May 2013 to 30 Nov 2015 - are transferred to PRPTC in due course."

This article was first published on April 18, 2016.
Get a copy of The Straits Times or go to straitstimes.com for more stories.