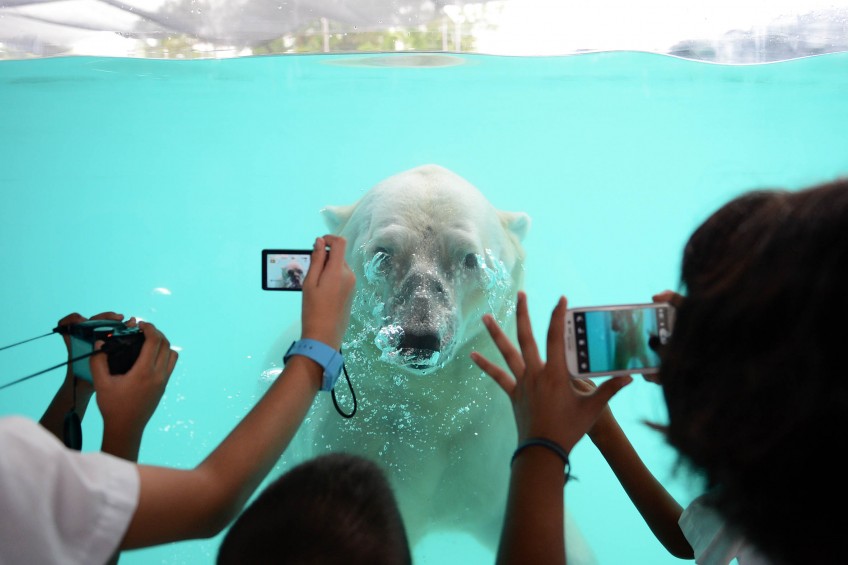 SINGAPORE - The Wildlife Reserves Singapore (WRS) has released a statement on Thursday saying that it does not intend to acquire new polar bears in response to enquires about a hoax press release, claiming that the Singapore Zoo will receive a polar bear cub as part of a "corporate gifting scheme".

WRS told AsiaOne that it is "not aware of this arrangement, and has not been approached by any of the parties mentioned".

Following the open of the Frozen Tundra, WRS said that there have been several enquiries from various stakeholders on whether more polar bears will be added to the park's collection as companions to Inuka.

Inuka, the first polar bear born in the tropics, moved into the new 2,700 sq m Frozen Tundra exhibit at the Singapore Zoo on May 29, 2013.

WRS said that it is currently "not actively seeking to acquire new polar bear".

"Polar bears are solitary animals by nature. Inuka's new habitat features a spacious outdoor area with multiple substrate types for him to dig and play in, a large pool, and in addition our keepers engage the bear with enrichment activities to keep him suitably stimulated," WRS added.