Xiaxue not so 'sia suay' after all? 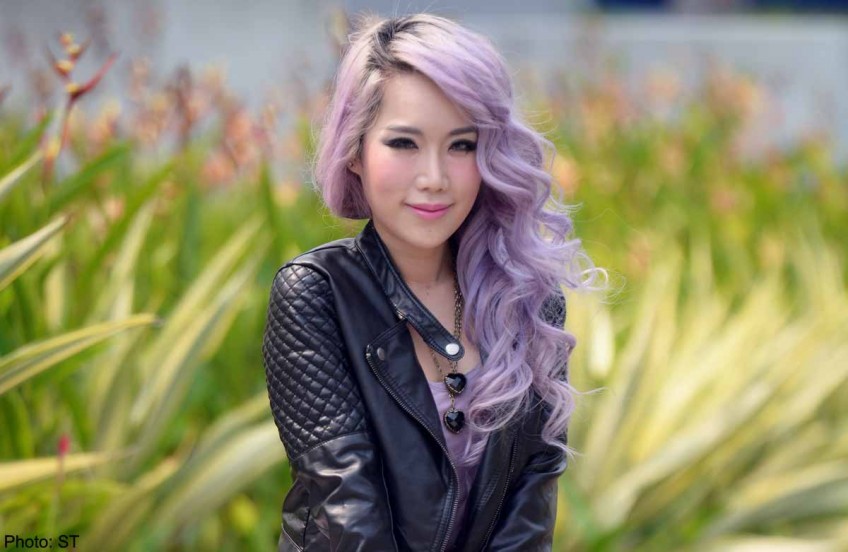 I received an e-mail notification from Twitter that I had a new follower last week. While that alone is unusual since it happens about as rarely as my haircuts, it was the identity of my new follower that was startling.

The e-mail said: "Xiaxue (@Xiaxue) is now following you on Twitter!"

And if that wasn't alarming enough, the e-mail also contained the Twitter profile picture of the heavily made-up "celebrity" blogger with flowers in her long fuchsia hair, looking like a cross between a plastic anime doll and a sinister Greek nymph.

Beneath the disconcerting photo are the words, "Bitching now comes in bite-sized pieces."

Alamak. This is going to be awkward.

I quickly reread my old columns to see if I had written anything bitchy about her.

In December, I wrote that Wendy Cheng is "better known as Xiaxue, which she says means 'snowing', but could also be read as 'sia suay', which in Hokkien means something she probably doesn't intend".

According to the authoritative Coxford Singlish Dictionary, "sia suay" is Hokkien for "to embarrass".

So what if after the article came out, someone in the Hardware Zone forum started a thread called "SM Ong say Xiaxue can also be called as Sia Suay" (sic)?

That was not what I said at all. Those irresponsible netizens, they just like making stuff up, like that fake Prime Minister's Office announcement.

That was a day after the fun-size Nuffnang influencer unleashed her "Big Gushcloud Expose 2", which led to an eventual apology from the Group CEO of Singtel, which also "terminated the services" of the subject of Xiaxue's big two-part expose, Gushcloud.

The smoking gun is a leaked Gushcloud brief instructing its bloggers to complain about Singtel's competitors, M1 and StarHub, and "drive sign-ups" for Singtel's new Youth Plan.

At first, Gushcloud shrugged off the incriminating brief in a Facebook post: "The brief is not meant to be read in isolation without the full context and verbal briefings given by Gushcloud. Singtel's brief for the campaign was to focus on key differentiators in the services and strengths. We apologise for any misunderstanding."

Then as if to show that it's really no big deal, Gushcloud added: "Now back to the planning for August's extra long weekend!"

Singtel also went into denial mode at first, stating: "Singtel wishes to clarify that it did not issue the brief… It is not our practice to run negative campaigns against any individual or organisation. This is not the way we manage our marketing promotions."

That turned out to be not so true days later when Singtel group CEO Chua Sock Koong apologised, saying: "We regret that a Singtel employee who worked on this campaign did not adhere to our professional standards and values."

Gushcloud CEO Vincent Ha also posted a mea culpa of sorts on Facebook, this time without any mention of planning for the long National Day weekend, but he still couldn't resist a swipe at my new fuchsia-haired Twitter follower. Mr Ha wrote: "We have let our influencers and our client down...

"That being said, we do not condone the actions of Ms Wendy Cheng, because we feel it has done far more harm than good to our industry."

In other words, I think what Mr Ha means is that Xiaxue had "sia suay" their industry.

Well, of course, you don't condone the actions of Ms Cheng because she just got a major client to terminate your company's services!

You know the viral video of the rude taxi passenger verbally abusing the taxi driver that was uploaded by the cabby's daughter?

Imagine if the passenger apologised for his abusive behaviour, then added: "That being said, I do not condone the actions of the taxi driver's daughter because I feel it has done far more harm than good to the image of rude taxi passengers."

In fact, if you couldn't stand Xiaxue before, you probably can't stand her even more now that she managed to get the Group CEO of the country's largest telco to apologise.

If Xiaxue's head was too big for her little body before, her head should be even bigger now.

Speaking of her size, in the earlier column, I also wrote: "Such is Xiaxue's intimidating stature in the blogosphere that despite her under-1.5m frame, she's the Goliath in her online brawl with Gushcloud, even though she is just one person against a whole company."

Except unlike in the Bible, in this case, Goliath won.