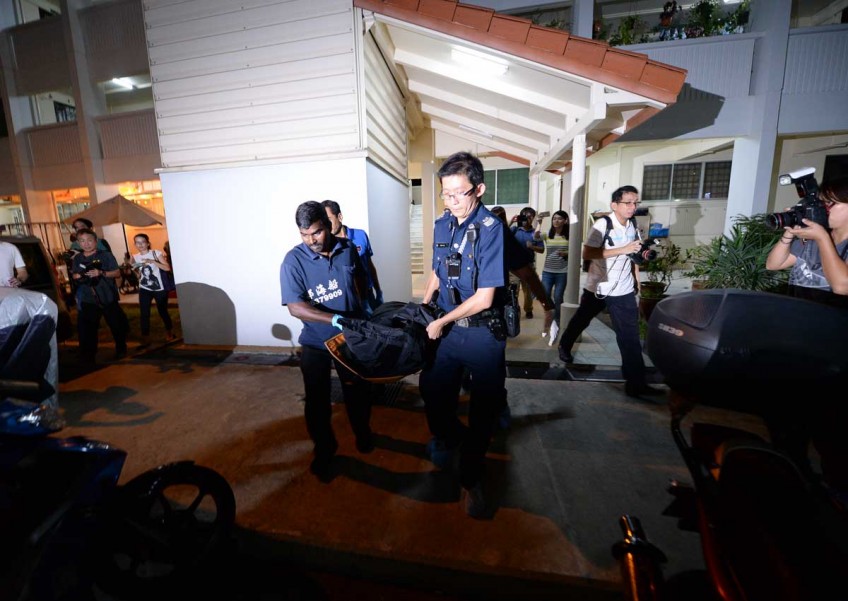 SINGAPORE - The mother of a 20-year-old man arrested in connection with the death of a man in Yishun made multiple police reports against the deceased, said the police in a statement today (July 11).

Between April 2015 and March 2016, she lodged four police reports against Mr Shawn Ignatius Rodrigues, 26, who was found dead in the corridor on the sixth storey of Block 279, Yishun Street 22 on Saturday evening (July 9).

The 20-year-old Singaporean arrested in connection with the unnatural death is known only as Ryan.

The two men had known each other for a few years, said the police.

Three of the police reports made were for alleged nuisance caused by Mr Rodrigues after he showed up at Ryan's house looking for him, and was asked by Ryan's family to leave.

The fourth police report, which was lodged on March 27, 2016, was classified by police as a case of outrage of modesty of a woman, and the case is being investigated.

During this time, the police had spoken to Ryan's mother and written to her on April 8, acknowledging that they had received an appeal made through her MP K. Shanmugam for help in the case. The police also confirmed that the case was being investigated.

The police also noted that Ryan's family had made a number of calls to the police's emergency 999 number whenever Mr Rodrigues showed up at the family's home.

On June 30, 2015, Mr Rodrigues himself lodged a police report against Ryan, alleging that he had been assaulted by him a week before. However, he also expressed that he did not want to pursue the matter any further.

On the police's advice, Ryan's family had lodged a Magistrate's Complaint against Mr Rodrigues. Both sides had also been attending mediation proceedings at the Community Court since February 2016, said the police statement. The most recent session was in May.

Police investigations into the case are ongoing.

Yishun death: He was harmless and didn't bother anyone