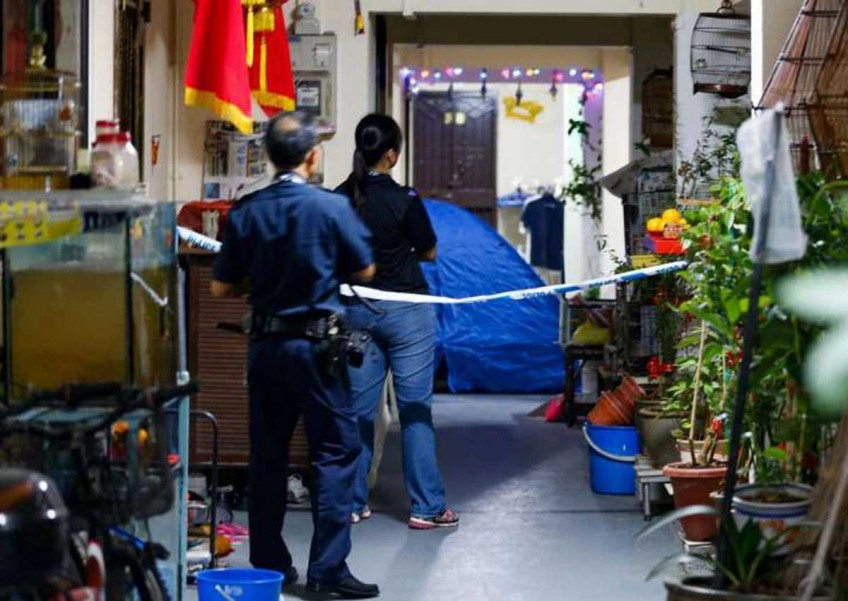 SINGAPORE - The man found dead on the sixth floor of Block 279, Yishun Street 22, on Saturday (July 9) had known his suspected assailant, who attended the same church as him.

Shawn Ignatius Rodrigues, 26, a former Republic Polytechnic student, had sought out the suspect at the latter's flat on the sixth floor of Block 279 when a dispute occurred around 7.45pm on Saturday.

Mr Rodrigues lived a few bus stops away from the suspect.

Chinese paper Shin Min Daily News said the dispute had escalated into a fight. The suspect, who is believed to be doing his National Service, allegedly tied Mr Rodrigues' wrists and ankles before hitting him outside a stairwell on the sixth floor.

The police were alerted around 8pm. Mr Rodrigues was pronounced dead by paramedics at 8.29pm. The suspect was arrested.

The police have classified the case as an unnatural death.

No weapon is believed to be involved. Blood stains were found on the sixth floor outside the lift landing after the body was removed.

The suspect's sister, a 22-year-old administrative assistant who declined to be named, claimed Mr Rodrigues had been "stalking" her brother for the past two years. She said that they went to the same Catholic church and knew each other but were "not close".

"(Shawn) would come to the flat, banging loudly on the door at odd hours of the day and ask for my brother," she said. "He tried to speak to him nicely. He told him to go away many times."

On his Facebook page, the suspect had posted screenshots of multiple missed calls he claimed to have received from Mr Rodrigues last year. "He is regularly calling me to find where I am... He is invading my privacy and well thinks it's alright (sic) doing that," he wrote.

Residents on the fifth floor of the block said they sometimes heard loud noises from the floor above.

Mr Rodrigues' family, including his parents, brother and sister, were at the mortuary on Sunday (July 11) to identify his body, reported Shin Min. His sister told the paper the family was " very distressed".

While she also knew the suspect, she said she did not know what had happened between him and her brother.