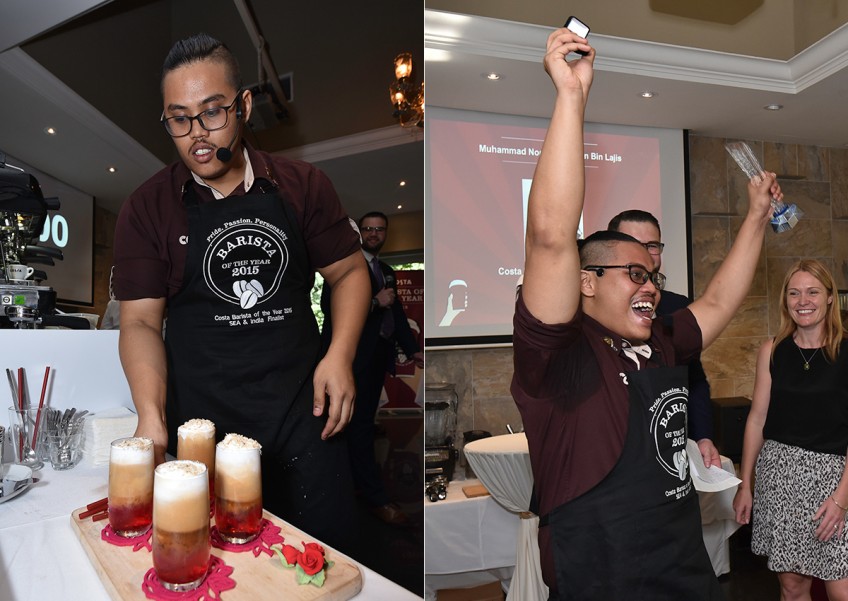 For the first time, a Singaporean has been crowned Costa Coffee's best barista in South-east Asia and India at the coffee chain's annual Barista of the Year competition.

Muhammad Nor Hisyamudin Bin Lajis, 23, won judges over by handcrafting coffees such as cappuccino and espresso as well as his own creation called Summer Knockout. The drink was inspired by his love for bandung, and was made using Costa Coffee's signature Mocha Italia blend, coconut milk, pandan, peppermint and jelly cubes.

"It was really unexpected as I went up against the best baristas in the region but I tried my best and all the hours I put into my training the past month was worth it. It was a priceless experience," said Hisyamudin, who has worked at Costa Coffee for the past two years.

He will be competing against winners from other regions in London on Jan 20.